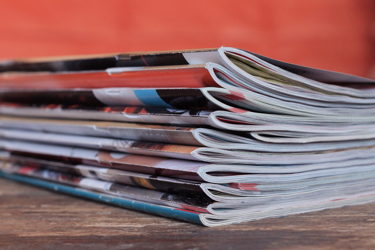 In a nod to the fundamental importance of clean water, Time magazine has awarded its first ever “Kid of the Year” designation to Gitanjali Rao, a 15-year-old who invented a mobile device that can detect lead contamination in drinking water.

This is the latest in a long line of prestigious recognition for Rao, who has also been named to Forbes “30 Under 30” list.

“She won praise in 2017 when she responded to the Flint, Mich., water crisis by creating a device named Tethys, using carbon nanotube sensors to detect lead in water,” NPR reported. “The Lone Tree, Colo., native was named America’s Top Young Scientist when she was in the seventh grade. She went on to collaborate with scientists in the water industry to try and get the device on the market.”

A public health emergency was declared for Flint in 2015 after a switch in water sources leeched lead through outdated infrastructure and into drinking water. The incident proved to be one of the highest-profile drinking water contamination sagas in modern history and, aside from foundational fixes like pipeline replacement, lead-detection devices like Rao’s could help keep consumers safe.

Rao was inspired to create Tethys after watching her parents leverage a popular alternative, testing their drinking water for lead with an at-home strip kit. She thought she could create a device that would more accurately detect the harmful contaminant.

“Here’s how it works: Carbon atoms link together in a beehive shape and connect to create a tube — a nanotube,” NPR explained in a previous report. “The carbon nanotubes respond to changes in the electron flow. If there is lead in the water, the lead sticks to the carbon ions, creating resistance. Tethys measures that resistance, and sends the data to a smartphone app to give the status of lead in water.”

Time’s Person of the Year award has been granted for 92 years, but this is the first time a Kid of the Year has been named.

“This year, Time partnered with Nickelodeon to search social media and school districts across the country to find the most influential kid of 2020,” USA Today reported. “The list was narrowed down from 5,000 young Americans to five finalists, who will each receive a cash prize and be given a chance to contribute to the magazine.”

Of the finalists, Rao’s innovative work earned her the title. She plans to continue her promising career in developing scientific solutions to pervasive problems, including work on a way to detect biocontaminants like parasites in water.