By Hilary Corsi and Shelby Traverso 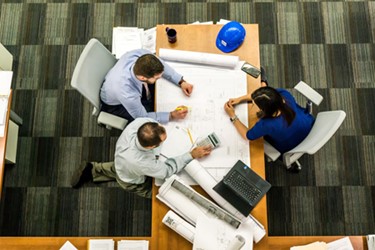 Increased numbers of women entering the workforce brings diversity, which is especially beneficial for the water industry. The engineering field is known to be male-dominated. But this is slowly beginning to change, as more and more young women are earning engineering degrees and entering the workforce. In the past, graduating classes from engineering schools may have been 1 or 2 percent female. As of 2016, about 20 percent of engineering graduates were female. These statistics seem to hold true in the water industry today. Although women who attend engineering school and ultimately end up in the workforce today do not face the exact same challenges as in the past, it is still a different experience being a woman in this industry as compared to a man. Many female engineers have become accustomed to being the only female, or one of very few females in their own company, when meeting with clients, at conferences with competitors, and throughout most of their workday. This can cause a woman to wonder if she is being judged differently for being a woman or feel as if she needs to prove herself more than her male counterparts. Even without experiencing any sort of discrimination, in the form of pay, treatment, or otherwise, there is still a feeling of judgment that goes along with entering a room full of engineers and being the only female.

For us, one of the most attractive things about engineering is that it is, at its core, objective. Calculations are based on math and tied to real-world, verifiable properties.  When you are sizing a pump, it doesn’t matter how you look or where you grew up. All that matters are the objective properties of the system. Despite this, diversity biases still persist in the engineering field. For example, in the authors’ combined 20 years of experience at three different companies each, for a total of six companies in the public and private sectors, they have reported to 14 male superiors and zero female superiors. Teams that they have worked on have consisted of one woman for every eight men, on average. It is apparent that the industry needs to change to allow for greater equality of opportunity between males and females.

Although the number of females in the industry is on the rise, the authors believe one place where the numbers are still lagging behind is in leadership positions. One shocking statistic when it comes to leadership positions is that, among chief executives of S&P 1500 firms, more are named John than are female. Although exact statistics for leadership positions in the water industry are not known, Water and Wastewater International compiled a list of the top 25 leaders in the industry, and only three of those leaders were female. These few women can be seen as role models for young women beginning or trying to advance their careers — women such as Olivia Lum, the CEO of Hyflux, a major international leader in sustainable solutions, and Lisa Henthorne, the previous president of the International Desalination Association and current CTO of Water Standard. Past WWEMA Chairs Deborah LaVelle, the president, CEO, and owner of Aquarius Technologies, LLC, and Tammy Bernier, the owner, president, and CEO of Duperon Corporation are great examples of what women in the water industry can accomplish, and help to narrow the gap that currently divides men and women, especially in leadership positions.

Businesses in every industry should view women the same way they view men when it comes to potential positions in their company. A woman should have to prove herself in the same way a man does, and if she is able to do so she should be rewarded equivalently to a man. Whether it is getting her first job out of college or being promoted into the C suite of a company, if businesses can realize that a woman should not have to do more than her male counterpart, the company will benefit. Within the water industry, if women are recognized for their abilities and are able to have successful careers, this will hopefully lead to more women entering the industry and bringing more talent into the industry. There are many ways for companies to recognize women as equal to men. One very important way is allowing women to work on and lead projects that are just as high-profile as those that men work on.

A quick internet search about female engineers will show the low numbers of women entering the industry, but also how many women leave the industry after they have entered. In fact, even though women make up 20 percent of engineering graduates, they only make up 11 percent of practicing engineers. Could the reason for women leaving be related to being in the minority and feeling more pressure than men? According to research presented by the American Psychological Association, of women who entered and then left the field of engineering, 30 percent cited organizational climate as a primary motivator for leaving; nearly half left due to working conditions, such as frequent travel, lack of advancement opportunities, or low salary; and only about 25 percent left to stay home with children or family. The equivalent data pertaining to male engineers is in the process of being gathered.

Women are underrepresented across most industries, not just engineering.  This is especially noticeable at the top leadership levels. Water and wastewater engineering is actually better than the national average, both for employing women at all levels when compared with other engineering fields, and for women holding leadership positions when compared with Fortune 1500 companies. If companies continue to hire, mentor, and promote women, while ensuring equal pay for equal work, the gender gap will continue to close, benefiting both women and the companies they work for.

Hilary Corsi is a Product Manager with the Loprest Division of WRT, LLC

Shelby Traverso is a Senior Engineer with the Service Division of WRT, LLC

WRT, LLC is a member of the Water and Wastewater Equipment Manufacturers Association (WWEMA), a non-profit trade association founded in 1908 to represent the interests of technology manufacturers and related industries. More information about WWEMA can be found at www.wwema.org.