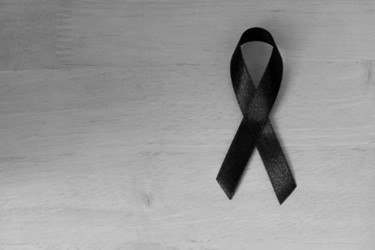 This month I would like to celebrate and honor a dear colleague and friend who recently lost a short but heroic battle with cancer. Bridget O’Grady was just two days shy of her 70th birthday — the date that she had set for retirement. What makes Bridget remarkable is that much of her life and career was dedicated to making drinking water safe and secure for all of us; and she worked to the end to make that a reality.

For those who knew Bridget, she was a force to be reckoned with as she advocated passionately for the states’ and small systems’ perspectives. She worked longer (1993-2019) at the Association of State Drinking Water Administrators (ASDWA) than any other employee and was a steady source of knowledge for ASDWA’s members and staff. It was my privilege to have hired her 26 years ago in my role as the recently new Executive Director for ASDWA. Bridget’s knowledge and support was the anchor that provided a steady ship for me and the Association as we worked to expand our offerings to the states; and I learned how to manage and run an Association.

One of Bridget’s hallmarks was that she only knew how to do things one way — and that was the right way! She made it very clear if she believed you were not doing something right and it didn’t matter if you were an EPA colleague, a Congressman, the President of the United States, or even her boss. On several occasions she took exception to someone’s behavior or lack of response, and let them know in very polite but in no uncertain terms that this was not acceptable. A few times I remember thinking, “Oh no…do you know who you are talking to?” Yet at the same time, I was also thinking, “You go, Bridget! I wish I had the courage to say that.”

The right way didn’t always mean her way, but it often did. Bridget took great pride in her work and the quality of the materials and reports that ASDWA would produce. Being good wasn’t good enough for Bridget. Quality meant making sure all the i’s were dotted and the t’s were crossed. And that there were NO typos or mistakes in our materials.

That kind of commitment to quality and doing things the right way permeated throughout all aspects of her life, both professional and personal. Bridget was an intensely loyal and supportive family member and friend. If I had to go into battle and could only bring one person, I would bring Bridget because I knew that regardless of how difficult the fight or the challenge, she would stand beside me and not waiver in her determination.

So what did I learn from Bridget over our 26 years of friendship?

Bridget grew up in Richmond, VA, and graduated from Mary Washington College of the University of Virginia in Fredericksburg, VA in 1971, majoring in history. Bridget began her career as a Benefit Analyst at the General Life Insurance Company in Richmond, VA, followed by becoming a Promotion Manager for the Bank of Virginia. She unknowingly began her “water career” when she took a position with Booz, Allen & Hamilton, in 1981, where she worked on the Superfund Project where she assisted on helping design background training for On-Scene Coordinators at various Superfund sites. She eventually moved on to work as a Legislative Assistant at the National Water Resources Association and as a Technical Support Coordinator at the Association of Metropolitan Sewerage Agencies in Washington, D.C. until 1993 when she began her employment with ASDWA.

Bridget is survived by her two younger brothers, Shawn and Clancy, and numerous cousins, nieces, and nephews. Cards can be sent to “The O’Grady Family” at Bliley’s Funeral Home at 3801 Augusta Avenue, Richmond, VA 23230. A Mass of the Resurrection will be held on Friday, July 19 at 10:30 a.m. at St. Edwards Catholic Church, 2700 Dolfield Drive, Richmond, VA 23235.