WWEMA Window: Governmental Policy And The Impacts On Construction Costs 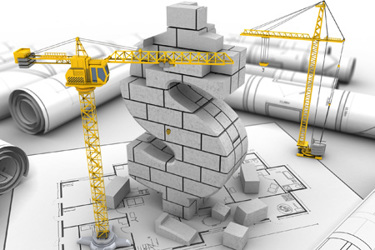 There are a few current governmental policies that have impacted the construction cost of water and wastewater infrastructure over the last several years. Some are older policies that were established many years ago and some are newer policies that were implemented to help U.S. manufacturers compete in these markets against foreign manufacturers. There is some discussion now in Washington to implement more policies such as $15 minimum wage and revisions to the Made in America requirements for purchases using federal money, both direct and indirect.

The intent of this conversation is not to take a pro or con position on these policies, but to inform the reader about how current policies and potential future policies are impacting construction costs in the water and wastewater infrastructure market.

To begin this conversation, one must remember that the federal government has a number of funding programs that municipalities can apply to for low interest loans, grants, and partial forgiveness of loans. USDA Rural Utility Service and Drinking Water and Clean Water State Revolving Fund (SRF) monies are examples of such funding programs that are available for water and wastewater improvement projects. If a municipality gets some of this funding, there are certain requirements or protocols that must be adhered to when the project is built. Examples of these protocols are paying workers at rates established by the Davis-Bacon Act for various trades and buying products that meet the American Iron and Steel (AIS) requirements as outlined by Congress in the Consolidated Appropriations Act of 2014. Direct federal procurement is governed by the 1933 Buy American Act (BAA) and its subsequent amendments. The takeaway from the above is that the various payment and purchasing protocols are, in general, adding construction costs to the project that some smaller utilities will have to repay over time. In some cases, the added costs are driving smaller utilities away from badly needed assistance from federal programs. While larger utilities may not be as impacted to the same degree as small utilities because they have several sources of funding, including a larger ratepayer base and access to the bond market, but they will be impacted nonetheless. However, the impact of these requirements will be greatest on those utilities least likely to have the resources to comply with them.

There are ongoing discussions in Washington to increase the minimum wage and to modify the Buy American Act and potentially expand the American Iron and Steel provisions for the SRFs. For those who deal with direct federal procurement, you are strongly encouraged to review and comment on the proposed changes to the BAA that were published in the Federal Register on July 30, 2021. Comments are due by September 28, 2021 and a public meeting is scheduled for August 26, 2021. In addition, the Senate passed the bipartisan Infrastructure Investment and Jobs Act on August 10, 2021 that expands not only Buy American Act requirements but also greatly expands domestic content requirements for indirect federal funding such as that received by U.S. EPA for the SRF and WIFIA programs. Rather than the list of covered iron and steel products that we have complied with over the last seven years, the bill seeks to expand iron and steel requirements to all manufactured goods such as pumps, motors, filtration, and membrane systems, as well as impose a percent of domestic content on all manufactured products.

At a minimum, if such legislation is successful, expect to see potentially significant changes to the AIS compliance for water infrastructure improvement projects using federal dollars. The latent impact of this will be to drive construction costs up and further exacerbate an already challenged supply chain. Serious questions also remain as to whether the water sector will even be able to compete with sectors such as roads, bridges, and transit for the finite iron and steel capacity currently available in the U.S. The end result of this is that the utility ratepayers (water customers) will have to pay higher rates for their water and sewer bills.

There are certainly potential benefits for U.S. workers and U.S. manufacturers at the root of these changes, which are good goals. However, there does need to be a recognition by the policymakers that nothing is free and that if no further thought is given to these changes, the ratepayers or customers of these utilities will eventually pay the higher cost for these changes, if they can even source the products and technologies they need to continue to protect public health and the environment.

What additional actions could be considered? Some ideas are to increase the portion of grant vs. loan in the federal funding, extend the loan periods out a few more years, or agree to keep the interest rate on these federal loans at the lowest rates possible at the time of the loan. If you are not familiar with these loan programs, it’s useful to know the SRF loans are designed to be self-sustaining. The utility pays back the loan and interest to the SRF and generates growth or at the least attempts to maintain a certain principal value in the loan that other utilities can use over time. You can also assume that “grant” money and “forgiveness loan portions” mean exactly that — it is money given to the project construction cost that is not required to be repaid by the borrower. These grant and forgiveness loan vehicles are offered to the utilities most in need such as ones that are recognizing a declining population rate and may struggle to cover the costs of badly needed infrastructure upgrades with the collection rates from the existing customer base.

Washington should attentively listen to a wide range of folks in the infrastructure market, also known as stakeholders, to make sure that, with all the proposed legislation being considered, there is not too much of a negative impact on the ratepayer. The proposed ideas for infrastructure bills, minimum wage bills, and Buy American bills should have some “connected dots” so that one bill by itself doesn’t impact another bill to the point the community needing an infrastructure upgrade cannot afford it.

While the likely influx of new money and the recognition of the special needs of particularly small utilities is greatly appreciated, let’s make sure expanded federal requirements and more strings attached to the money doesn’t make it untenable for the water sector. The goal here is to get infrastructure moving, people back to work at well-paying jobs, and to continue to ensure the U.S. leadership role in protecting public health and the environment. Let’s not construct barriers that keep those goals from being achieved!

Allen Walker is a Senior Sales Engineer with Templeton and Associates Engineering Sales. He is also the Chair of the WWEMA Manufacturers Representative Council and is a voting member on the WWEMA Board of Directors. WWEMA is a non-profit trade association that has been representing the interests of water and wastewater technology and service providers since 1908. WWEMA’s members supply the most sophisticated leading-edge technologies and services, offering solutions to every water-related environmental problem and need facing today’s society. For more information about WWEMA, visit www.wwema.org.