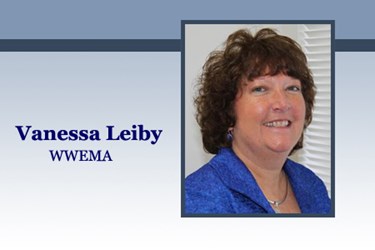 *NOTE: The views expressed in Water Online guest columns are solely those of the author(s) and do not reflect the opinions of Water Online, the editorial staff, or VertMarkets, Inc. “Buy American” has sparked particular debate, and we invite commentary on both sides of the issue. E-mail editor@wateronline.com for guest column opportunities, or simply contribute to the comments section below the article.

Many of you may have grown up in the decades where your perfectly reasonable teenage parental “ask” was met with the story of lemmings blindly following their leader over the cliff to their death at sea. This was typically quickly followed by, “If your friend asked you to jump off a bridge, would you?” At that point you realized that the answer to your “ask” was no. While you may have learned to dislike lemmings and maybe even bridges, the analogies were intended to suggest that you think independently and not blindly follow your leaders or friends down a path that might ultimately do you harm. As an adult, I find that I am having a “lemming moment” and it relates to the proliferation of “Buy American” language.

While “Buy American” is a perfectly good sound bite for state and federal elected officials demonstrating their commitment to the voters at home to “preserve their way of life” — and to get re-elected — I encourage you to take a step back and think independently about the unintended consequences that the proliferation of this language may cause. For water and wastewater projects, this language first appeared under the American Recovery and Reinvestment Act of 2009 (ARRA), along with an enormous infusion of federal dollars. ARRA required that all iron and steel, as well as “manufactured goods,” used in a project with this public funding comply with “Buy American” provisions. The chaos that ensued and the waivers that had to be issued, particularly around “manufactured goods,” kept many a contractor employed but created an administrative and cost burden for manufacturers, engineers, municipalities, and state primacy agencies.

Just as we managed to get out from under that morass, the 2014 Consolidated Appropriations bill came along, where “Buy American” requirements for iron and steel was snuck into the bill with a quick floor vote — no debate, no discussion, no independent thought. Right now, Congress is debating amendments to the approval of the Keystone Pipeline that, if passed, will create an unparalleled expansion of domestic content requirements to a commercially-built project paid for entirely without federal funding. This amounts to an unfunded government mandate placed on a privately-constructed, privately-funded infrastructure project.

Lest you think this is only happening in the U.S. Congress, I refer you to New Jersey Senate Bill No. 1811, reported out of both chambers on December 11, 2014, which states that all manufactured or farm products used in a project shall be products of the United States. While this appears to apply to purchases made by the Board of Education, history tells us that once specific language finds its way into legislation, it often finds its way to other legislation through the convenience of the “cut and paste” function in Microsoft Word.  So what are some of the unintended consequences that this language generates?

Imagine for a moment what our grocery stores, big box stores, electronics stores, car dealerships, etc. might look like if they were only allowed to sell products made or grown in the U.S. Can you imagine that some of those shelves and sales floors might be a bit bare? What about costs? If only a few companies have a monopoly on a product for which there is demand, they can charge whatever they want. What about product quality? Without competition driving innovation and product improvement, we are left with whatever quality the supplier wants to deliver. This may sound extreme, but rather than blindly perpetuating this language without a full understanding of these and many other unintended consequences, WWEMA strongly encourages each of us, particularly our members of Congress, to take a step back and think independently. Perhaps Congress could commission a study to conduct a comprehensive analysis of the true impacts of this language on all U.S. manufacturers and related industries. Only with a full vetting and understanding of the impacts locally, nationally, and globally can we find the right balance between helping keep America strong and potentially destroying what we as a nation have worked so hard to create.

Vanessa Leiby is the executive director of the Water and Wastewater Equipment Manufacturers Association (WWEMA). Founded in 1908, WWEMA serves as the voice of water and wastewater equipment manufacturers and environmental solution providers who are working together to advance the interests of the water industry.