WOTUS Found To 'Violate The Law' 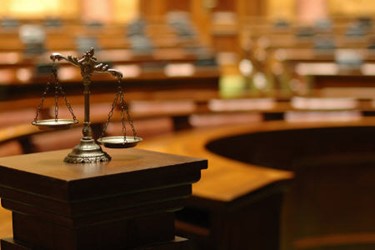 More than four years since it was first put in place, a group of 10 states has won a legal victory against the U.S. EPA’s 2015 Waters of the United States rule. The rule was put into place as a layer of the Clean Water Act meant to clarify water resource management under the Obama administration, but it has long been contested, with the Trump administration announcing its intent to revise or rescind it in 2017.

Now, a recent court ruling in a lawsuit brought by the states has emboldened that effort.

“A federal judge gave the Trump administration a narrow, symbolic victory on the issue of water jurisdiction, finding that its predecessor’s signature water policy violated the law,” Bloomberg Environment reported. “Judge Lisa Godbey Wood’s Aug. 21 opinion found that the Obama administration’s Waters of the United States rule, also known as WOTUS, was in violation of both the Clean Water Act and the federal law that governs how agencies can make new policies.”

The 10 states that are parties to the case (Georgia, Alabama, Florida, Indiana, Kansas, Kentucky, North Carolina, South Carolina, Utah, and West Virginia) argued that the rule oversteps federal authority and is too onerous to apply.

“Obama’s 2015 rule maintains that rivers used for drinking, recreation and fishing can only be clean if pollution from creeks and other bodies of water feeding into them — including ditches, wetlands and ‘ephemeral’ streams that are created by rainfalls — is regulated,” per The Atlanta Journal-Constitution. “Georgia has helped lead opposition to the 2015 rule, arguing that it is overly strict and costly and hurt state sovereignty.”

Wood has now ordered the EPA and the Army Corps of Engineers to reconsider the rule and reframe it, noting that as the rule currently stands, it exceeds federal authority.

“She wrote that while the agencies have authority to interpret the phrase ‘waters of the United States,’ that authority isn’t limitless,” according to The Brunswick News. Wood also wrote that “The court determines that the WOTUS rule extends jurisdiction over ‘remote and insubstantial’ waters, which … is not a ‘permissible construction on the statute.’”

The states that brought the suit already block the rule, so the judge’s decision shouldn’t change how it is applied. But a reframing or complete removal of the rule could eventually impact how it is or isn’t enforced more widely.