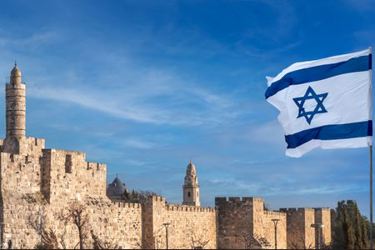 As source water grows scarcer in stressed regions around the world, a new project in the Middle East is trailblazing what could become a central technology for drinking water systems in the Western U.S as well.

“Early next year, Israel is set to become the first country in the world to channel desalinated water into a natural lake — the Sea of Galilee,” The Times Of Israel reported. “The national water company, Mekorot, plans to complete construction of a 13-kilometer (8-mile) underground pipe by the end of this year, to be followed by weeks of tests before it goes into operation around the end of the first quarter of 2023.”

With climate change driving increased water scarcity around the world, desalination may appear to be a much-needed solution. But some of the most drought-plagued regions have yet to embrace the technology, as demonstrated by the California Coastal Commission’s recent decision to reject a proposal for a $1.4 billion desalination plant, citing environmental concerns.

“From Singapore to Tel Aviv, desalination plants have replaced water scarcity with water abundance,” according to National Review. “But in California, in the middle of one of the most severe droughts in modern history, desalination at any meaningful scale is not an option.”

But proofs of concept like Mekorot’s may go a long way in bringing desalination to places like California. The team behind Israel’s pipeline made a point to conduct research into how the plan could impact the local environment, possibly easing the concerns of groups like the California Coastal Commission with their findings.

“The experiments … indicated that the addition of certain quantities of desalinated water would help the lake recharge its water without any major negative effects either on its biology or the complex way in which it behaves in different conditions and at different depths,” per The Times Of Israel.

Depending on how Israel’s trailblazing desalination project pans out, it may become a more central technology to the rest of the world’s fight against water scarcity.