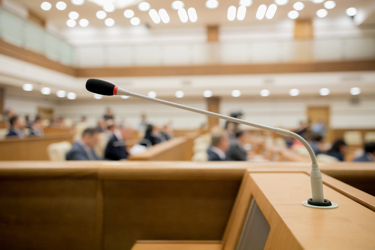 “Trenton Water Works — the 200-year-old utility that is owned and operated by Trenton and serves 217,000 people … is currently under two administrative consent orders from the New Jersey Department of Environmental Protection [DEP],” NJ.com reported. “Mayor Reed Gusciora had warned … that failure to pass the bonds, which would pay in part for state-mandated upgrades, would invite DEP to sue the city.”

The council did approve $25 million for the Water Works’ ongoing lead service line replacement program and Gusciora expects the utility to replace 2,600 lines by the end of 2020 — but there are more than 36,000 such lines in the system and replacing them all is anticipated to take five years and cost $150 million.

However, the city council did not approve more than $83 million in additional funding that the mayor said was needed for enhancements required by state consent orders. If the Water Works does not meet these state requirements, New Jersey can sue.

“The bond package also call[ed] for $50 million to replace the Pennington Reservoir with a network of up to five storage tanks, and to replace thousands of antiquated meters throughout the system,” according to The Trentonian. “Another $33.5 million [would] go toward improvements at the water filtration plant … and TWW headquarters.”

Trenton’s city council is currently embroiled in a scandal after one member engaged in a 10-minute, homophobic verbal tirade aimed at Mayor Gusciora in a conference call about the coronavirus. This councilperson was one of the members to reject the funding request, citing concern over the city taking on new debt.

While it’s not yet clear what specific action the state DEP may take following the rejection of funds, the agency has noted its dismay.

“The DEP is disappointed in the Trenton City Council vote against investing in measures necessary to ensure Trenton Water Works’ ability to comply with its obligations under state and federal law and DEP administrative orders on consent that Trenton had previously agreed to,” a statement from the agency reads, per NJ.com. “DEP urges the Council to reconsider and to take the measures necessary to protect the health of the customers who rely on them for safe drinking water.”