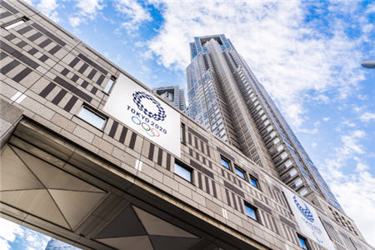 As the world shifts its attention toward Japan, site of the upcoming Olympic Games, the host city is grappling with an ongoing source-water issue that could impact athletes expected to participate in an event set for Tokyo Bay.

“Despite the efforts of organizers — which included dumping 22,000 cubic meters of sand in the bay and designing polyester screens to protect the venue from bacteria — residents have noticed a pungent smell coming off the bay in recent weeks,” Axios reported.

The city has been faced with foul odors from the bay for years, which receives wastewater and sewage from Tokyo’s 30 million residents, as well as runoff from surrounding rivers and canals, ideally after it’s all treated. A 2019 test for the swimming portion of the Paratriathlon was canceled after E. coli bacteria was found at more than twice an acceptable level, per Axios. At the time, an athlete said the source water “smelled like a toilet.”

And some researchers are worried that the smell belies some fundamental problems with the water that the city’s sand and screen efforts have not solved.

“Yukio Koibuchi, a former associate professor at Tokyo University’s Graduate School of Frontier Sciences, says the proposed measures ‘won’t reduce the inflow of E. coli much’ because the area is a part of a tidal river and the bacteria could flow underneath the screens,” according to Bloomberg.

Because Tokyo does not have separate drainage systems for wastewater and rainwater, the treatment burden on wastewater systems is amplified, as all influent must be treated before it can enter the bay. And, as Tokyo can be subject to extreme weather and flooding, wastewater systems direct untreated sewage directly into the bay when necessary. And, like many similar systems around the world, Tokyo’s wastewater infrastructure is aging and struggling to keep up with population growth.

“The Shibaura treatment plant, which collects contaminated water from across the business center and releases into Tokyo Bay, was built in 1931, when Tokyo’s population was less than half what it is today,” per Bloomberg.

Emphasizing the widespread struggles that outdated wastewater systems are facing around the world, it appears that triathletes are not too surprised to be facing a bay with odor and other contamination issues as the games are set to kick off.

“Tokyo Bay is not clean by any means,” triathlete Taro Shiraro told Bloomberg. “Triathlon games are increasingly held in urban areas. Not many of them are clean.”