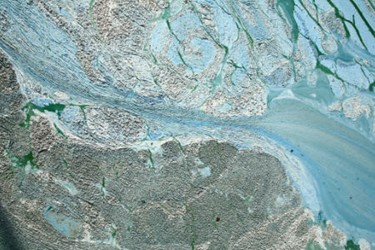 The State of Florida is facing a problem shared worldwide at this time of year: a prevalence of toxic algae in source water brought on by the combination of warmer temperatures and nutrient runoff. So it’s worth paying attention to a potential fix being implemented in the Sunshine State.

At Lake Okeechobee, in central Florida, the engineering and infrastructure company AECOM has teamed with the Army Corps of Engineers to implement a process known as dissolved air flotation and eliminate blue-green algae by raising it to the water’s surface and making it easier to remove.

It’s a method that’s frequently used at drinking water and wastewater treatment plants, but isn’t applied to solve harmful algal bloom problems as often. But with it, the engineers are able to clean as much as 100 million gallons of source water per day.

That effectiveness will make the process interesting for other communities facing toxic algae problems of their own. In Ohio, for instance, years of harmful algal bloom problems have begun to take a significant financial toll.

“A study by Key-Log Economics, commissioned by the cities of Toledo and Oregon and by Lucas County, noted that the 31 U.S. water treatment plants sourcing water from Lake Erie ‘incur total annual incremental operating costs of $1.7 million from algae-related impacts,’” according to News 5 Cleveland.

But in order to apply the process more widely, the Army Corps of Engineers will have to figure out how to make it more sustainable, namely by determining how to effectively utilize the algae that gets removed from source bodies.

“Linda Nelson, of the Corps’ research branch, says the federal agency received funding last year from Congress to tackle a problem it’s seeing not just in Florida but in Oregon, Oklahoma, Texas and other areas across the United States,” National Public Radio reported. “To make [the dissolved air flotation process] sustainable over the longer term, the Army Corps of Engineers is looking at possible uses for the tons of algae removed from the lake, including converting the algae into biofuel or using the algae in consumer products like yoga mats or sneakers.”