Why Invest Time And Resources In Reducing Non-Revenue Water? 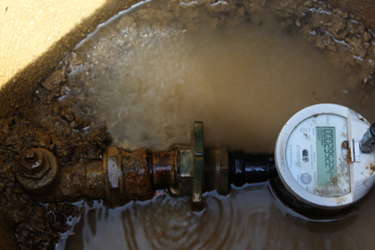 As the incentive to minimize non-revenue water and decrease OPEX becomes ever more imperative among U.S. utilities, lessons can be learned from pioneering Danish utilities that had to do a similar maneuver 20 years ago and today have one of the lowest water-loss rates in the world.

A well-run water utility runs like a typical business. Imagine if I told you that many of these businesses are losing more than one-fifth of their products every year. Chances are, you would argue that these businesses are not very well run. Nevertheless, this is the reality of many water utilities worldwide as non-revenue water (NRW) is increasingly challenging operations and expenses due to aging infrastructure, inaccurate water meters, and leaks.

You can say that “out of sight out of mind” is readily applicable to how many utilities face NRW challenges. The issues are indeed very much out of sight, as most of the U.S.’s drinking water infrastructure, which totals 2.2 million miles of pipes, is below the surface. However, the consequences are genuine.

Studies show that between 250,000 and 300,000 water main breaks were reported in the U.S. between 2012 and 2018. This number of leaks is the equivalent of a water main breaking every 2 minutes. In general, the rate of pipe replacement is increasing, and many utilities are already working on reducing the leaks — but unfortunately, fixing the problem is easier said than done, as the solutions are often both complicated and expensive. In some cases, the cost of losing the water might seem lower than the effort it takes to solve the problem.

Also, large cities worldwide currently face a future where clean and safe water shortages will occur due to population growth and climate changes. For many of these cities, water loss accounts for a considerable amount of lost revenue. Therefore, there truly is much to gain by reducing NRW, from both an economical and sustainable perspective. “In many cases, utilities can address the issues around water scarcity within the current water resources and main water infrastructure if efforts to reduce the NRW increase,” explains Michael Rosenberg Pedersen, senior technical advisor of the Danish Water Technology Alliance.

Oneida Water And Wastewater Department’s Goal: Reduce Water Loss By Up To 30 Percent In One Year

The water and wastewater department of Oneida, TN, is familiar with the consequences of aging infrastructure. The utility currently loses 50 percent of its water, resulting in $180,000 loss per year. Over the past 10 years, the water loss solely related to NRW has steadily increased.

“For quite some time, Oneida has been struggling with severe water loss that primarily originates from service and main breaks and slow displacement meters aging up to 20-plus years old. In addition, leak detection efforts have been limited,” says Stephen Owens, general manager at Oneida Water and Wastewater Department.

However, in 2018, Mayor Jack E. Lay hired new management that made major changes, including adding new zone meters and, in recent months, changing 3,500 displacement meters with a complete, advanced metering infrastructure (AMI) system with built-in acoustic leak detection (ALD). The system was developed by the Danish company Kamstrup, and it solves two issues — water loss and aging meters — with one solution.

The ALD system represents a new generation of meters that, in addition to exact measurements on water use and automated encrypted data transmission, also provide acoustic noise logging. This new feature monitors the noise inside the water pipe both at the consumer end and in the distribution network. This way utilities will be able to quickly pinpoint the leak in the field.

Owens explains that the utility has ramped up its efforts to reduce both the real and apparent losses. The goal is to reduce water loss by 30 percent within the following year. The challenges related to water loss, operations, and leak detection have happened quickly, and leak detection is now a big focus for the utility. It expects to have the entire water system consisting of 4,500 meters changed by June 2021.

Rosenberg Pedersen compares the new ALD system to a Swiss Army knife, as it presents combinations not seen before — a new diagnostic tool in the water distribution system with built-in ALD.

ALD is usually an add-on the water utility runs using noise loggers installed on a small number of fire hydrants in specific areas of interest. However, this new meter integrates measurement, monitoring, and diagnostics in the entire distribution network. Furthermore, it pinpoints leaks and enables widespread sound monitoring, which allows specific inputs to the utility’s asset management and pipe replacement strategy.

“With the use of zone meters and the implementation of the new meters that offer a new approach to automated meter reading and integrated ALD from Kamstrup, we now have several tools that we can use to reduce the water loss. The system tells us where to go look for leaks, and we expect that our water loss will be 20 percent by the end of 2022,” attests Owens.

Learning From The Danish Water Sector: “We Still Have A Long Way To Go”

Since the 1990s, the Danish water sector has reduced annual water loss by approximately 50 percent, and today, Danish water utilities, on average, lose as little as 7 percent of their water.

In many ways, Denmark is a small country that punches above its weight class. The water sector is no exception. Even though the utilities operate on a minor scale compared to those of the U.S., Rosenberg Pedersen does not doubt that the lessons learned in Denmark are very applicable across the Atlantic. That’s because, in the ’90s, Danish utilities faced some of the same challenges as the U.S. struggles with today.

Over the years, Danish utilities have worked intensely to keep the distribution network tight and reduce leaks. Efforts are driven by benchmarking performances, optimizing operations, and reducing OPEX, and the initiatives are boosted by the fact that utilities with a water loss exceeding 10 percent are required to pay a penalty fee implemented by the government in 1994.

However, operating, maintaining, and optimizing old water infrastructure and keeping it tight calls for innovative tools and solutions, so that’s what the Danish utilities have been developing with vendors such as Kamstrup through the last couple of decades.

One of the keys to achieving such a low water loss has been to install water meters. In fact, installing water meters has been a requirement at all properties connected to public water utilities since 1999. This initiative has been essential in these efforts, as it has resulted in significantly more reliable data on which to base efforts to reduce water loss. Rosenberg Pedersen explains that it also allows utilities to improve planning and investments to meet future demand and prioritize long-term solutions. He continues:

“The benefits water utilities obtain by reducing NRW are, first and foremost, revenue and, secondly, an increased focus on optimizing operation and maintenance as well as a general ability to plan ahead instead of being interrupted in normal operations by numerous bursts that constantly steal the focus.”

He further explains that U.S. utilities often challenge why their Danish counterparts still work on reducing leaks when the water loss rate is low. But to Rosenberg Pedersen, the reason is straightforward. He explains that as long as the second-largest city in Denmark, in theory, has one of its water purification plants producing perfectly drinkable water, only to let it go straight down the drain, it will be profitable for utilities to lower their water loss.

“Besides the obvious waste of water, it also adds to a negative equation of overinvestment in treatment facilities, as well as an excessive waste of energy, resources, and person-hours — resources better spent on optimizing operations and investment planning. Until then, we still need to do better and aim to make every drop count,” he concludes.

Frederikke Rørvang Mikkelsen is the PR and communications advisor of the Energy and Environment Team at The Trade Council of Denmark in North America. Based in Houston, she primarily supports the activities of the Danish public-private partnership, the Water Technology Alliance (WTA), which aims to share Danish know-how and foster collaboration. Prior to joining The Trade Council, Mikkelsen worked as a communications assistant at the Danish Society of Natural Conservation.