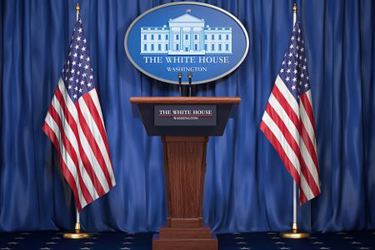 Underscoring the far-reaching implications of growing water scarcity, the White House has announced a forthcoming effort to help systems around the world secure drinking water supplies.

Drinking water managers and consumers in the Western U.S. are well aware of the challenges presented by a historic drought that is only growing worse. With large swaths of that region now facing source water scarcity, millions of consumers have been ordered to make cuts and systems are pursuing a range of innovative solutions.

But the problem is not limited to this section of the U.S. Last year, the UN declared that global drought could become the “next pandemic” for people around the world. And it appears that this is the scale upon which the White House is now thinking about water scarcity.

“The past two-and-a-half years during the [COVID-19] pandemic have demonstrated that our world is more interconnected and interdependent than ever before,” Harris said, per a White House release. “Water scarcity is a growing problem and it must be met with a global solution. So today, we make clear the United States will be a leader in the solution.”

Harris detailed an action plan that would see the U.S. make a stronger commitment to securing drinking water around the world, share water data more broadly, and tap diplomatic services like the United States Agency for International Development to make water security more of an international priority.

And though the action plan is still in its first stages, and the goals appear lofty, the growing threats posed by global drought should certainly be pressing enough to push new innovators toward solutions around the world.

“Water scarcity affects food production and public health, can lead to mass migration, exacerbates inequities, and disputes over access to water can lead to armed conflicts,” per CNN.