What To Watch As The Texas Legislature Takes Up Climate, Energy, Water, And More 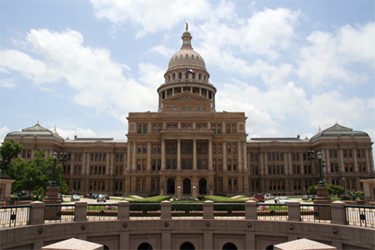 We’re past the midpoint of the Texas legislative session and the bill filing deadline is behind us. Because the legislature only meets for five months every other year, there’s a lot to accomplish in a short span.

Now, as things pick up steam we’ll see which bills move forward and which don’t. A bill needs to be heard in committee to have any chance of passing (here’s a helpful primer on the legislative process), and less than a month remains until the House starts reporting bills out of committee. The clock is ticking.

Although most bills won’t make it across the finish line, here are a few related to climate, energy, and water that warrant a closer look.

Climate: A Break From The Past And An Eye To The Future

This Session marks a noted uptick in bills that directly target climate change. The previous five sessions from 2009 to 2017 saw a total of 21 bills filed on climate change, while nearly a dozen have been filed this session alone.

These bills are unlikely to pass, but they indicate that more legislators are willing to take bold action, especially given that post-Harvey, more people are talking about climate change in Texas than ever before.

In addition to refiles we’ve covered in past sessions (Eric Johnson’s HB 100 and Rafael Anchia’s HB 928 and 942), several other climate bills are notable, including two urging the Texas congressional delegation and the U.S. Congress to act on climate change. HCR 15by Richard Raymond urges Congress to conduct a cost-benefit analysis of and to address climate change risks, and HR 776 by Gina Hinojosa urges the Texas congressional delegation to support bipartisan climate action. These are worthy messages to send, even if they don’t succeed.

Other climate bills include HB 3023 by Mary González, which would require Texas A&M University to study the future effects of climate change and strategies to prepare for them. SB 2069 by José Menéndez, like HB 100, would require state agencies to develop climate adaptation plans — a necessary step, as we’re already seeing the impacts of climate change in Texas. Neither of these bills have been scheduled for a hearing, and judging by previous sessions they would face slim odds of being voted out of committee.

That so many climate bills have been filed by so many different legislators is a hopeful sign that the conversation is advancing and concrete action could follow.

Over 30 pieces of legislation relating to the Texas Emissions Reduction Program (TERP) have been filed. TERP, established in 2001, provides grants to reduce emissions from polluting vehicles and equipment in areas that struggle with air pollution.

In every session, the legislature grapples with how much to appropriate and spend for TERP, and this one is no exception. At this point, the budget bill contains funding at the same level as last year and bills to continue fees that fund the program beyond current deadlines are moving through the legislative process. SB 531 by Brian Birdwell and José Rodríguez passed out the Senate on April 11th and now needs to work its way through the House, and has several companion bills at the ready if for some reason this one doesn’t move.

Clean Energy: The Good And The Bad

As expected, there is a mixed bag of clean energy bills this session. Among the good bills are two by César Blanco: one directs a feasibility study for setting the statewide renewable energy goal at 50 percent by 2030 and 100 percent by 2050 (HB 2148 by César Blanco), and the other calls on state agencies to achieve 10 percent energy efficiency by 2020 and a 40 percent reduction in greenhouse gas emissions by 2030, while obtaining 25 percent of their electricity from renewable energy by 2030 (HB 4525 also by Blanco).

Another positive piece of legislation, HB 2860 by Richard Raymond, would protect consumers who want to self-generate or store their own electricity from unfair treatment by municipalities or homeowners associations. The bill would also guarantee more transparency for customers. This is critical, as self-generation and storage by consumers can help support the state’s power grid, especially amid the tight reserve margins projected for this summer.

The bad renewable energy bills are those that target Chapter 313 of the Texas Tax Code, which incentivizes wind and solar development in Texas, including HB 3168 by Dan Flynn, HB 4180 by Rick Miller and SB 2232 by Kelly Hancock. Only SB 2232 has had a hearing so far and was was voted out of committee on April 9th, so is one to keep an eye on. It requires a study of the incentives rather than an outright elimination of them.

Hydraulic fracturing, which has driven the state’s oil boom, often produces large amounts of natural gas in addition to oil, which many companies aren’t equipped to handle and simply burn (“flare”) off. Recent reports estimate flaring in Texas wastes approximately $322 million worth of natural gas, and this wasted gas is currently exempt from the state’s natural gas production tax.

HB 3275 by Jessica Gonzalez would remove this exemption and tax flared gas at the existing natural gas tax rate of 7.5 percent. EDF supports this common sense bill as a way to encourage producers to limit their flaring while generating revenue for our schools, roads, and the state’s Rainy Day Fund. The bill has not been granted a committee hearing and industry opposition is expected.

Oil and gas operations can emit large amounts of methane, a greenhouse gas about 80 times more potent than CO2 in the near-term. Methane is also the main ingredient in natural gas and a valuable energy resource. SB 2064 by José Menéndez, would direct University Lands to study best practices for reducing methane pollution from oil and gas wells on their 2.1 million acres of land in the West Texas Permian Basin. University Lands leases its extensive oil and gas minerals to help fund the University of Texas and Texas A&M University. Methane emissions represent lost revenue for higher education and wasted public resources, which is why EDF supports SB 2064 and would like to see University Lands become a leader in reducing methane emissions in the Permian Basin.

Oil and gas wells also produce enormous amounts of salty, chemical-laden wastewater (“produced water”) — nearly 900 billion gallons annually in the U.S. Historically, this wastewater is reused in the oilfield or disposed of deep underground to reduce the chances of contamination, but water scarcity is causing industry and some states to look into riskier, unproven disposal practices beyond the oilfield.

Here in Texas, drought is driving some to consider repurposing this waste stream, but EDF is concerned that moving too quickly on these practices could hurt, rather than help, existing water resources. HB 3717 by Alex Dominguez and SB 1999 by Juan Hinojosa would give a tax break to oil and gas producers to inject treated oilfield wastewater into an aquifer. Trent Ashby filed HB 3067, which provides the same tax break but is even more permissive for what the treated wastewater could be used for. We don’t know nearly enough about how to test, treat, and monitor this waste stream to release large volumes of it into our environment. Until we have answers to critical questions, we shouldn’t incentivize these actions that could threaten our communities’ health. EDF opposes these bills but looks forward to continued dialogue with their authors.

The primary water bills we’re tracking are related to water planning and water conservation (which is also an energy efficiency strategy).

Good bills to watch include:

Every committee in in the legislature was given a Harvey-related interim charge to study, and now, in the wake of the storm, we’re seeing the results of that work: from funding recovery to insurance issues to emergency preparedness. We’re also seeing bills related to flood plans and resilience. While these bills are helpful steps towards the state getting its head around flooding threats and solutions, they unfortunately tackle only one aspect of post-Harvey resilience.

Several bills have been filed to create a State Flood Plan, similar to the State Water Plan. The one moving forward is SB 8 by Charles Perry, et al. It requires a statewide flood plan to be submitted every five years, as well as coordination by several state agencies and regional planning groups. It has already passed the Senate and is now ready for the next step in the House.

Similarly, several bills have been filed to create a fund to finance flood infrastructure projects. HB 13 by Dade Phelan, et al and its accompanying HJR 4 have both been voted out of the House and are headed to the Senate. HB 13 would create a Flood Infrastructure Fund and HJR 4 is the constitutional amendment that would require an approval by voters to create the fund. Our biggest concern here is the emphasis on structural solutions (i.e., built, infrastructure), and we would like to see a clearer emphasis on non-structural alternatives (i.e., natural infrastructure) added to the bill.

Most of the bills highlighted here will not become law, but they represent some of the most significant opportunities (and obstacles) Texas faces for achieving a prosperous and sustainable future. As the legislative session progresses, EDF will be paying close attention to these bills and the evolving conversations around them.

Note: The statuses of these bills are correct as of publication, but at this stage in the Session, things move quickly, so use the links provided to check a changing status.