What's Next: Replacing The Nation's Lead Pipes Through Policy And Innovation 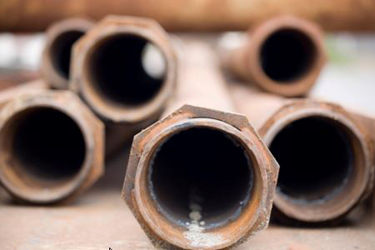 Someday, we may point to 2021 as the beginning of the end of lead pipes in this country, a problem that was largely created a century ago when they were installed to carry our drinking water. President Biden began 2021 with a focus on replacing 100 percent of the nation’s lead pipes, declaring that all Americans deserve clean drinking water. Congress passed the bipartisan Infrastructure Investment and Jobs Act, which was signed into law in November, earmarking $15 billion for lead service line identification, planning, design, and replacement over the next five years, putting an end to the usual state match requirement for this funding and ensuring that 49 percent of these funds (up from a ceiling of 35 percent and an actual average of 27 percent) are allocated as principal forgiveness loans or grants to lessen the burden on disadvantaged communities. The Build Back Better Act, as it stands right now (though still in Congress), would include another $9 billion in grants for lead pipe replacement, including for disadvantaged communities who have historically not been able to access this funding as readily as other communities. The Lead and Copper Rule Revisions may go into effect by the time this article is published.

With all that promise and funding on the books, 2022 will be a good time to start talking about implementation: replacing lead pipes efficiently so the money gets us closer to getting the job done; replacing them faster to speed up what has been, thus far, a slow process overall; and replacing them equitably to enable communities — especially under-resourced and underserved ones - to access the funding and support they need.

On federal funding, the Environmental Policy Innovation Center (EPIC) estimated that nearly half of states will be able to replace all of their lead pipes with federal funding, if the Build Back Better Act passes with its current funding levels. The remaining states — many of them with the highest number of lead pipes like those in the Midwest and Northeast — will have to be even more frugal and innovative with federal funding, in addition to identifying new sources of funding.

On timing, our back-of-the-envelope estimate is that many cities will take decades to replace their lead pipes at their current rate of replacement or up to hundreds of years at the pace Chicago was moving earlier this year. We also know that faster is possible, as evidenced in Newark, New Jersey, which has replaced 22,000 of its pipes in two years and is on the cusp of removing the last of them. This begs the question: How do we pave the way for more Newarks, and move cities like Chicago and many others from a snail’s pace to a faster one?

And on equity, we need to ensure more municipalities are able to access federal funding, since we know only 7.1 percent of eligible systems have accessed funding from the State Revolving Funds (SRFs) in recent years. The lead pipe replacement funding in the bipartisan infrastructure law will be dispersed to states through the SRF program, which means that making no changes to the program is not likely to yield the impact we need it to. How then do we connect more communities, and those facing the biggest risks from lead poisoning and lead in drinking water, to this funding stream and other grant programs for lead pipe replacement — and faster, so they get the money now?

A plan for tackling the nation’s lead service line problem ultimately will require several policy, procurement, and contracting reforms if we’re going to see real progress in the next five years — the timeline for the funding in the bipartisan infrastructure law. EPIC and our partners highlighted some of these approaches in our report, Replacing Toxic Lead Water Pipes Faster: Innovative Procurement and Financing Approaches are Just as Important as Federal Funding. Our recommendations from that report and moving forward with now-real federal dollars include the following:

Controlling The Cost Of Replacement

The cost of replacing lead service lines varies across the country. In our analysis of federal funding, we used EPA’s average of $4,700 per pipe. In Wisconsin, the cost can be as little as $1,500 per pipe, in Northeastern states like New York and Massachusetts up to $10,000, and much higher like the exorbitant $27,000 cited by Chicago. At this level of spending, it would take Chicago an estimated $8.5 billion (according to the mayor) or even more to replace their lead lines, an unimaginable amount to solve one water quality problem in one city (though admittedly Chicago has double the number of lead pipes than any city in America). As some municipalities have already been doing, mapping out lead lines and timing replacement with already scheduled and funded municipal improvements — like sewer and other water infrastructure improvements, street paving, and sidewalk repair — is a more efficient approach, as is strategically planning for block by block rather than home by home replacements. In the case of Newark, city officials also streamlined and shortened the length of contracts over time to push contractors to do the job faster, which also cut costs.

The federal dollars allows the identification of lead lines to be funded, which is critical since many communities — especially smaller and under-resourced ones — don’t even know if they have them or where they are. While statistical modeling to determine the location of a city’s lead lines can save both time and money in the long run, there is also a danger that states and municipalities will overdraw from the resources for inventory and mapping and fail to save some of those resources for the actual replacement costs. States — who ultimately manage the SRF funding — should try to use as much SRF set-aside money as possible for identification, to ensure as much of the federal funding as possible is used to actually dig up and replace pipes. Thanks to innovation and funding in the private sector, companies like Blue Conduit will be helping by developing open source machine learning technologies for communities to quantify, locate, and map their lead pipes easier, and hopefully more companies will follow suit. EPIC’s Water Data Prize will also spur new innovations in this area.

Connecting Under-Resourced Communities To The Funding

As we outlined in our report, public private partnerships or P3s are a procurement approach used in other sectors that could more effectively target lead pipes in disadvantaged communities, help water systems overcome administrative barriers, and speed up the immediate deployment of capital. An example of a successful P3 in the water sector is the Clean Water Partnership in Prince George’s County, where 24 municipalities were brought together under one project to address stormwater regulations, creating efficiencies and cost savings through economies of scale in addition to providing additional community and environmental benefits. Such innovations could be applied to help aggregate multiple communities in a region who all need their lead pipes replaced in a single, third-party contract. Likewise, pay for success contracting is a mechanism that can be set up to reward and prioritize lead pipe replacement in burdened communities and create positive price pressure and agreed-upon fixed costs for identification and replacement to ensure that new funding goes as far as possible.

Impact bonds represent a borrowing and procurement structure that could help maximize private sector and municipal bond financing and operate side-by-side with federal funding. Though the City of Newark initially planned to replace their lead pipes in a decade, the Essex County Improvement Authority agreed to bond $120 million to speed up the process, and now two years later, this strategy has appeared to work. Though there are additional policies and factors that led to Newark’s success, the funding played a major role.

Lead exposure affects an estimated half of American children, has been linked to an astonishing range of health and societal problems such as lowered IQs, increased heart disease, lowered economic activity, higher welfare costs, higher criminal justice system costs, and contributes to hundreds of deaths each year. While replacing lead pipes is only one aspect of lead poisoning prevention, it is a relatively solvable problem with clear benefits: every dollar spent on full lead service line replacement generates $.42 to $1.33 in estimated health and societal benefits and creates thousands of jobs and economic activity, whereas the cost of inaction is in the billions.

One year ago, we could not have imagined so much funding — and opportunity — in place to replace toxic lead pipes in this country. Now it’s time to ensure that the policies and innovation are also in place to get the job done.