What California Can Learn From Australia's Millennium Drought 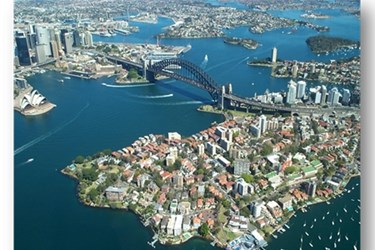 Lessons learned during Australia’s worst drought on record are helping California through its own water crisis.

A new report released today shows that strategies developed and mistakes made during Australia’s decade-long millennium drought provide a powerful resource for California, as the state enters its fifth year of severe drought.

“The Australian experience shows that investment in water conservation options provided the cheapest, quickest and most effective contribution to managing demand during the drought,” said Professor Stuart White, director of the Institute for Sustainable Futures (ISF), at the University of Technology Sydney. “Without them many cities and towns would have run out of water.”

Managing Drought: Learning from Australia, a report by researchers at ISF, the Pacific Institute and the Alliance for Water Efficiency, provides an overview of key events and initiatives implemented in Australia’s four largest cities: Sydney, Melbourne, Brisbane and Perth. The report was funded by the Metropolitan Water District of Southern California, the San Francisco Public Utilities Commission, and the Water Research Foundation.

Australia survived the millennium drought by demonstrating world-leading innovation and water planning and management, said Professor White. An important factor in the successes was community involvement which rallied support to lower household water demand to a target of 37 US gallons per person per day.

“In Australia, urban water efficiency was the quiet achiever and California can benefit from long-term structural changes in water use by implementing similar water-efficiency measures,” said Mary Ann Dickinson, President and CEO of the Alliance for Water Efficiency.  However, she said, the Australian experience also provided lessons of what not to do.  “We wanted to document in this report lessons learned that can inform future decisions by California’s policy-makers.”

The New South Wales Government had a policy of “readiness to construct” for its proposed Sydney desalination plant on Botany Bay. However, that was overturned and the contract signed when dam levels were already rising. The result was a $US1.4B stranded asset and a plant that is still in mothballs.

On top of successes in urban water efficiency, other key findings in the report include: