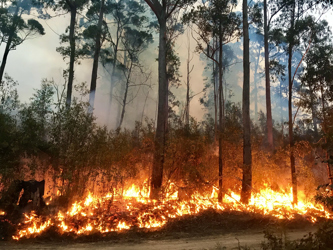 Of the many adverse environmental effects caused by the major wildfires currently burning throughout the Western United States, at least one could be particularly devastating to source water management and, eventually, drinking water treatment operations.

With nearly 1 million acres burned in Oregon and the fires far from contained, fundamental changes to watersheds are inevitable, state officials say. In particular, rising source water temperatures and the spread of ash are creating conditions that will foster more harmful algae blooms. In some parts of the state, this will exacerbate an already pervasive problem.

“Our theory is that that kind of ash is what leads to feeding the algae that creates a cyanotoxin, which is what we’ve been battling here for the past few years,” Peter Fernandez, a local public works director, told KLCC. “So, we anticipate that we’ll have turbidity problems in the winter in the source water and then probably more significant algae blooms in the years to come.”

Fernandez emphasized that the water is still currently safe for communities to drink, thanks to slow sand filters operated by the utility. But in addition to the introduction of ash, more nutrients and higher water temperatures will also likely lead to more algal bloom for some time to come.

“Officials across the state say they expect that this unprecedented amount of fire will inevitably change watersheds, which could lead to higher water temperatures and harmful algae blooms in the future,” per OPB. “There are general expectations of how watersheds tend to change after being affected by wildfire, usually including an immediate aftermath of more sediments and nutrients in waterways, murkier water and possibly stronger flowing water.”

As the fires continue to blaze, it’s impossible to say just how far-reaching the resulting water quality issues will be. But it’s clear that utilities will have to work with state health authorities and maybe even federal agencies to ensure that drinking water remains safe and that any source water issues are addressed properly.