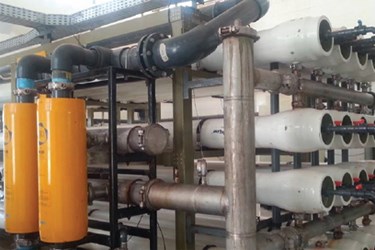 The shoreline of the Red Sea is a dazzling destination for tourists and locals to experience the beach and enjoy marine activities. In Egypt, the shoreline sprawls from the Suez Canal in the north, down to the southern part of the country bordering Sudan. Though most of Egypt’s population has traditionally lived in the Cairo metro area, migration trends show more and more residents are relocating to the coastlines. Given this migratory development, small coastal towns like Marsa Alam on the Red Sea now have huge demands to supply potable water to a growing population. Until recently, the Red Sea Water and Sanitation Company was operating an outmoded SWRO desalination plant and any increase in production would require a retrofit of the existing plant. In addition to the much needed plant upgrade, the Red Sea Water and Sanitation Company was tasked by regional authorities to simultaneously lower its power consumption.