Water Service For More Than 11.8 Million People Across Texas Disrupted 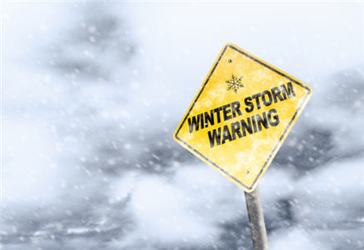 As winter conditions have ravaged much of the U.S. recently, no state was hit harder than Texas, where residents experienced disruption in their access to critical utilities, including water service.

“Halfway through the week that Texas froze over, everything seemed to be in a state of frigid chaos,” The New York Times reported. “Some homes had no water at all while others watched it gush from burst pipes into their hallways and living rooms… More than 2.5 million people were still without power, while nearly twice as many were being told to boil their water.”

Hundreds of public water systems in more than 140 counties across the state reported service disruptions, with some 11.8 million people affected in all, KWTX reported. Some 1,200 systems were still reporting disruptions in service well after the storm had passed, CNN reported.

“The water issues are part of the sprawling impact of extensive blackouts: families forced to sleep in frigid homes and cars, scavenge for a hot meal, forgo medical treatment or use melted snow to flush a toilet,” per CNN.

Frigid temperatures can cause the water in buried infrastructure to freeze and expand, breaking pipelines in the process. To keep this from happening, ratepayers often leave their household faucets dripping. But consumers in Texas were asked not to take that preventative measure as water levels were dwindling, while being told to boil any water they planned to drink at home.

“Water pressure is very low,” Houston Mayor Sylvester Turner tweeted. “Please do not run water to keep pipes from bursting. Turn off water if pipes have burst… Be conservative on water usage today. It is needed for hospitals and fires.”

In addition to the low water pressure, the devastation to Texas’s power grid and widespread pipe freezing all combined to reduce the availability of drinking water in homes. And it has been difficult to purchase bottled water as well.

“No grocery stores are open in our area so there’s no chance to restock even if you are one of the very few with a car that can make it the miles it would take to get water,” a resident explained, according to KWTX.

While freezing temperatures were expected to persist in Texas for some time, the federal government stepped in to return power and help with household supplies.

“The White House said … the Federal Emergency Management Agency has supplied generators to Texas and is preparing to move diesel into the state to ensure the continued availability of backup power to key critical infrastructure, including hospitals,” NBC News reported. “Press secretary Jen Psaki said FEMA was also supplying Texas with water and blankets.”