Water Runs Through The Circular Economy

By Nick Jeffries and Paul O’Callaghan

Circular economy approaches can add value to a vast range of processes and product sectors, but water is the ‘blue thread’ that flows through it all, Nick Jeffries tells Paul O’Callaghan, chief executive, BlueTech Research.

The Ellen MacArthur Foundation (EMF) was launched in 2010 with a mission to accelerate the global transition to a circular economy. The Foundation works at a strategic level with influential businesses like Google and Philips, across key sectors of the economy, to demonstrate circular resource innovation at scale.

Chartered civil engineer Nick Jeffries works in the Insights & Analysis team running the case study programme, which showcases how circular economy (CE) concepts are being implemented on the ground; providing evidence of the economic, environmental, and societal benefits that a CE transition could deliver.

Jeffries explains, “Large parts of our economy rely on the consumption of finite resources for continual growth, as by definition this cannot work in the long term, the model needs to change.”  Based on this simple logic, the Ellen MacArthur Foundation developed the circular economy model and since then have been applying it to different regions, product types, and material flows, demonstrating the huge economic opportunity in making this transition. 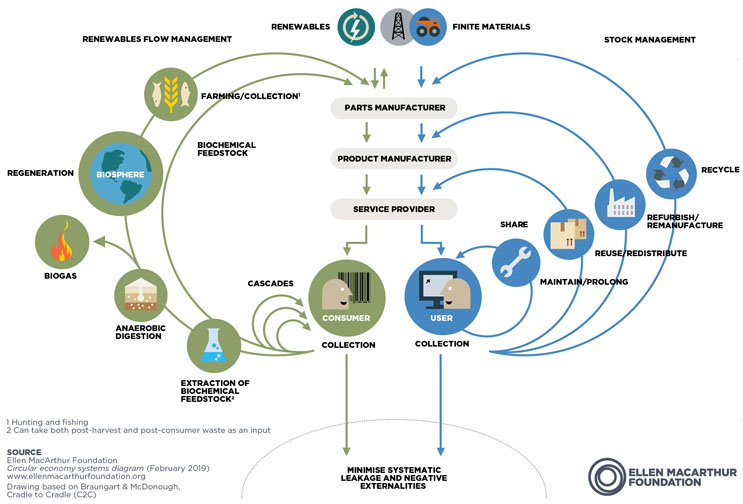 Most of the EMF’s funding comes from philanthropic foundations and committed global businesses and regions. In less than 10 years, the Foundation has established itself as a global thought leader, influencing the agenda of decision-makers in business, government, and academia. For example, the European Commission’s Circular Economy Action plan launched in 2015, was underpinned by robust evidence produced by the Foundation.

However, as Jeffries explains, the Foundation does not have the capacity to take each company or organisation on an individual journey of transformation. Instead it develops tools and methods to help companies, policymakers, and other stakeholders achieve their ambitions. One example is the Toolkit for Policymakers, which describes a step-by-step methodology to identify policy enablers and demonstrates its application through a case study in Denmark.

“Through our modelling policymakers and industry leaders can see the huge economic opportunity and bring it into their own practices. A key part of making circular economy work is creating collaborations that lead to situations where everyone can benefit,” Jeffries says.

The Foundation’s plastics initiative was launched in 2015, and since then is having a transformational impact. “When we started with plastics we didn’t know where we’d be in three years, but now we have > 100 companies who are collectively responsible for 80 percent of plastic packaging in the UK supply chain, committed to 100 percent biodegradable, recyclable, or compostable packaging by 2025.

“In November 2018 we launched our Global Plastics Commitment, which has a much broader set of players,” Jeffries explains. Four months since the launch, the commitment now unites more than 350 organisations with a common vision of a circular economy for plastics.

Another key focus area is food, “We’re looking at the role cities can play in shifting the global food system onto a healthier and more regenerative trajectory.  By 2050, 80 percent of the food produced will be consumed by cities. Because of this they have a really powerful role to play in influencing how food is produced.”

He hits on the obvious nexus of food and water in the story of Brazilian farmer Leontino Balbo, one of many inspirational circular economy stories that flow from Jeffries.

“Fifteen or 20 years ago Balbo decided that he wanted to shift away from the conventional chemical-intense way of growing things towards a more ecosystem regenerating approach. It was a very experimental period with lots of mistakes and dead ends.

“But now 15 years later he operates a farm which doesn’t rely on any chemical inputs and yield have gone up 20 to 30 percent. Furthermore, because the organic matter in his soil has built up so much, the structure has improved, meaning more infiltration and storage, therefore eliminating the need for irrigation.” Jeffries then lists many other examples of agricultural approaches that prove that great food, decent profits, farmer health, and water conservation can all happen at the same time.

Nick Jeffries is delivering a keynote speech at BlueTech Forum, which takes place at Kew Gardens, London on June 5-6, 2019. However, surprisingly, he says that water is not one of Ellen MacArthur Foundation’s individual core themes, rather it cross-cuts all of them.

“I view water as a blue thread that runs through our work in food, plastics, fashion, cities, and the built environment. To assist the water management sector, we rely on our members to work together to develop projects with outcomes that everyone can benefit from.

“The first phase of our members’ co-project on water and the circular economy was published in October 2018 in the form of a white paper setting out the theoretical foundation for how the circular economy and water management can work together. The next phase is to collect case studies from different sectors to feed into a practical tool.

“This tool will allow companies to identify the value propositions at the intersection of water and other systems. We’d like to open that up to the wider water sector, and invite companies to submit their examples.”

Jeffries has also been studying the potential of wastewater treatment plants. “There is 14 times more energy embedded in wastewater than is required to treat it. Not all that energy can be harnessed, but certainly theoretically you should be able to generate enough energy from wastewater to treat it and more, which has been demonstrated at a number of energy-positive sites — notably in Ebjy Molle and Aarhus in Denmark.

“The wastewater sector in the U.S. uses about 2.5 percent of the overall energy demand, so it’s a massive energy requirement. In India about US$54 billion dollars is lost to the economy each year because of inadequate wastewater treatment, mainly due to costly or unreliable power supplies.

“So then you get this dream where we don’t look upon wastewater as requiring costly treatment plants, we can look at them as profit-generating biorefineries. Africa is really interesting, it has hardly any wastewater treatment at the moment and the urban population is predicted to double in the next 40 years. Imagine if all new wastewater treatment plants were designed and operated as energy-positive. What a game-changer that would be!” 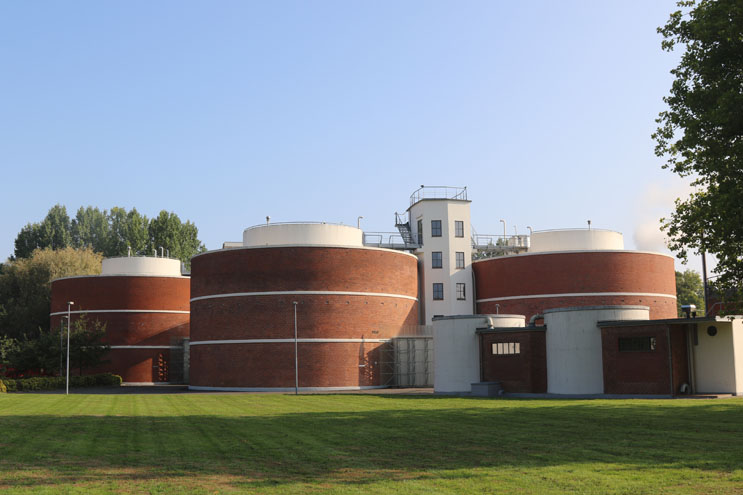 Jeffries is clear that opportunities in the CE are demonstrated and evidenced by the analytical work carried out by the Foundation, but that the right policies also need to be in place. “In Europe, there’s a US$1.8 trillion opportunity to incorporate circular economy principles into the built environment, food systems, and mobility,” he says.

“Businesses can act quickly and innovate much quicker than government and we can show businesses that there is this huge opportunity, but the right enabling policies have to be in place. You could have the best business models, the best design, but if the policy and regulation is not set up in the right way if it doesn’t send out the right signals.”

Nick Jeffries also points to the need for longer term financial horizons from investors. “A lot of our finance system and our investment community is quite short-term, but some of these business models need a different type of support.

“There are investment companies like Circularity Capital, which provide funds for circular startups and one of the largest banks in Italy and a number of Dutch banks are setting up circular economy funds. If people like me who write the case studies can come up with more examples of businesses who have actually benefitted, that will then create positive feedback that will cause the financers to think there’s a great opportunity here.”

Nick Jeffries will share more of his CE success stories at BlueTech Forum and he says the event will also give him the opportunity to test the models on a wider audience and get valuable feedback to help refine them. He values the opportunity for cross-pollination of ideas and knowledge at industry events.

Opening up on his own motivations for the work he does Jeffries says he wants to help “create a regenerative and restorative economy that works in the long term” and is inspired by the young people he meets through the Foundation who are particularly receptive to the vision. He quotes one student who, on leaving one of the Foundation’s circular economy events said, “Now I want to go out there and redesign the world.”

“I think it’s really difficult to be a young person at the moment, but to have this new optimistic way of thinking about things and see the way students react to that, that is incredibly satisfying to me.”

Nick Jeffries works in the Insight & Analysis Team at the Ellen MacArthur Foundation. He will deliver a keynote on the circular economy at BlueTech Forum, which takes place at Kew Gardens, London, UK on June 5-6, 2019. For more information visit www.bluetechforum.com.