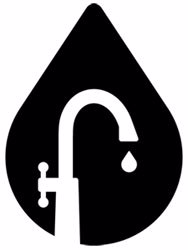 Zionsville, IN (GLOBE NEWSWIRE) - 120Water, a digital water platform designed for modern drinking water compliance, is expanding its capabilities beyond lead to include contaminants such as arsenic, Legionella (ASHRAE 188), and polyfluoroalkyl substances (PFAS), also known as “forever chemicals.” The company also announced the creation of a Center of Excellence to better meet the growing drinking water quality needs of utilities, government organizations, and facilities (such as schools, healthcare and hospitality). Click to Tweet.

Historically focused on digital solutions exclusively for drinking water programs that involve lead sampling, a $5.1 billion market, 120Water’s expanded offering enables the company to compete in a market three times that size, according to Megan Glover, co-founder and CEO of 120Water.

“Lead in drinking water and the Lead and Copper Rule Revisions (LCRR) will continue to be a problem as utilities and municipalities grapple with the monumental task of replacing lead service lines and educating consumers about their drinking water,” said Glover. “Yet lead isn’t the only issue plaguing the water industry, and 120Water is poised to help in crucial areas of drinking water quality, infrastructure and compliance.”

For example, the state of New Hampshire recently contracted with 120Water to manage the distribution of drinking water pitcher/filters to mothers and infants who get their drinking water from private supply wells contaminated with arsenic.

As a nod to this expansion, the company will rebrand from 120WaterAudit to 120Water to better reflect its focus on developing turnkey digital solutions for managing safe drinking water programs that reduce risk and protect public health.

120Water’s new Center of Excellence will include Utility Operations and Policy specialties to provide water quality professionals and government officials an experienced and focused team of experts, research and best practices that they can rely on to keep them compliant with evolving regulations.

The Utility Operations Center of Excellence will be led by Tom Bruns, who has joined 120Water as vice president of business development. In this role he will identify and help build new technology solutions in the water utility sector as it faces expanded regulatory requirements. Bruns has more than 45 years of experience in the water and wastewater field, most recently serving as the president of Aqua Indiana, a part of Aqua America (“WTR”), the nation’s second largest publicly traded water utility. Prior to his tenure with Aqua, Bruns served as vice president of business development for Indianapolis Water Company from 1989 to 2002, and deputy director of the Indiana Department of Natural Resources in the late 1980s.

The Policy Center of Excellence will be led by Erica Walker, director of environmental policy & programs at 120Water. Walker joined 120Water in late 2018 from the Indiana Finance Authority, where she managed a statewide drinking water lead sampling program for public schools. She also has worked for the Water Quality Research Program for the City of Bloomington, Ind. and in the Air, Pesticides, Toxins Management Division of the US Environmental Protection Agency. She holds master’s degrees in Environmental Science and Public Affairs from Indiana University.

About 120Water
Water professionals across the country rely on 120Water to streamline and modernize their most complex drinking water initiatives from source, to tap, to inbox. The 120Water platform is comprised of sample & filter kits, cloud-based software, and services used to manage and execute water programs at scale while saving operational resources. 120Water solutions are used in 170,000 locations across the United States for clients including the city of Newark (NJ), Pittsburgh Water and Sewer Authority, Chicago Public Schools, Indiana Finance Authority, and Mott McDonald. More information is available at 120WaterAudit.com and on Twitter @120WaterAudit.