UV Installation Proves All Lamps Are Not Created Equal 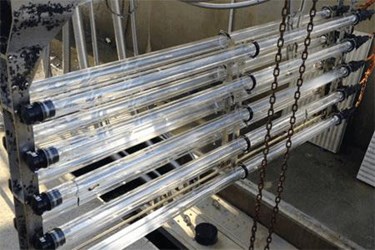 Summerville, GA, a small city in the northwestern part of the state and the county seat of Chattanooga County, built their 2-MGD wastewater treatment plant in 1967. It was designed to handle the flow from a developing municipal collection system that now serves 1,860 connections.

Project Background
During an upgrade in 2008, the city’s consulting engineers recommended abandoning chemical disinfection in favor of replacing it with a WEDECO UV system. The system consisted of 60 lamps configured as two banks of three modules each, set in a single open channel. As other elements of the upgrades that year, the plant received air diffusers, a blower motor, an additional pump and improved lighting.

Two of the original lamps needed to be replaced, so plant operator Scott Millican urged his superintendent to proactively replace all the lamps in the system to ensure the system was operating at its highest level of efficiency.