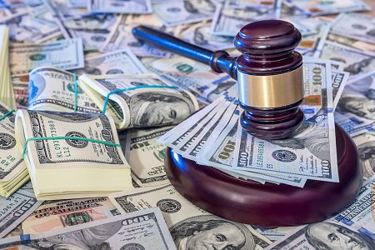 A state regulator has levied a heavy penalty on a local water utility after it was reportedly found to be diverting a shocking amount of untreated wastewater into an iconic waterway.

“The New Mexico Environment Department [NMED] announced … that it has fined El Paso Water $1.2 million for allegedly discharging more than 1 billion gallons of raw sewage into the Rio Grande,” the Associated Press reported. “The state compliance orders also require El Paso Water to fix the problems that caused the illegal diversion and clean up the impacted areas.”

The state’s environmental department claims that the utility was discharging as much as 10 million gallons of untreated wastewater into the river every day from August 2021 until January 2022, the result of two broken wastewater mains. Failure to adequately treat wastewater before discharging it back into the environment would violate central state and federal regulations, including the Water Quality Act.

Though significant, the fine from NMED is far less than El Paso Water has already spent in trying to address the issue.

But the utility has disputed accusations that it did not inform the state’s environmental department and has argued against the idea that drinking water sources were impacted by the discharges.

“The utility contends that NMED mischaracterized the impacts of the spill,” the El Paso Times reported. “Water quality samples from during and after the spill showed increased levels of E. coli, nitrogen and phosphorus, but the utility says residents were not exposed to and did not consume this water. Heavy metals, harmful chemicals or toxic substances were not detected. A later round of testing found bacteria levels returned to status quo.”

Meanwhile, the Texas Commission on Environmental Quality has said it is still investigating the spills to determine if it will be taking any regulatory action against the utility as well.

As El Paso Water disputes New Mexico’s fine, and as Texas and perhaps the U.S. EPA assess levying penalties of their own, it appears that the Rio Grande is once again safe from untreated sewage discharges.