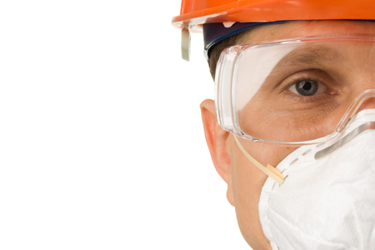 The water and wastewater industry proved its resilient and essential nature in the face of a world crisis.

In a normal year, this article, at this juncture, would be a preview of AWWA’s Annual Conference & Exposition (ACE). But this is not a normal year. COVID-19 made sure of that.

ACE, one of the water and wastewater industry’s biggest and most important events, was canceled. So was just about everything else from late March through spring and into summer. The shutdown/shut-in was for the best of reasons — saving lives, which it did well (yet still too many, sadly, were lost) — but it also had devastating residual impact for individuals, industries, the economy as a whole, and society as a whole.

For the latter, there was silver lining, which we should always try to grasp and cling onto in times of crisis. We saw how communities, countries, and the world pulled together and rediscovered our commonality, empathy, and perspective, rather than focusing on that which separates us. Or, at least, we outperformed our baseline (and base) display of these virtues in normal times.

We also proved that when the effluent hits the fan, our water and wastewater workers are essential and resilient.

To maintain operations during the crisis — which is tantamount to maintaining public health, since safe and available water is essential to life (as well as hand-washing) — utilities were forced to adapt their processes. Many operators slept at their treatment plant for weeks, reducing the risk of coronavirus exposure to the tightened ranks while also exemplifying their level of commitment. Many others leaned into the technology they had available but perhaps weren’t fully utilizing before the crisis. Remote monitoring and control won over skeptics and will likely see increased use post-crisis. Adapting to tragedy spurred adoption of technology, and the industry is better off for it.

Of course, the silver lining of the pandemic doesn’t shine nearly bright enough to obscure its devastating impact. While utilities ran with skeleton crews who steered clear of each other, maintenance work — including much-needed and well-overdue upgrades — was even further delayed. Worse, the financial hole that municipalities were in before the pandemic is now much deeper.

According to a report published in April by the utility and public-sector consulting firm Raftelis, conducted for AWWA and the Association of Metropolitan Water Agencies (AMWA), the financial impact to drinking water and wastewater utilities due to coronavirus/COVID-19 is estimated to exceed $27 billion. On the drinking water side, a $14-billion reduction in customer revenue was projected as a result of the elimination of shutoffs for nonpayment, an increase in late payments resulting from high unemployment, a crash in nonresidential demand, and a decrease in new customers. As the dominoes then fell, it was projected that utilities would be forced to scale back projects by $5 billion per year. The human toll, which is also an economic toll, was 75,000 to 90,000 private-sector jobs lost.

The federal government provided some financial relief, but where there wasn’t enough before, and where stimulus is needed throughout the economy, it will be far from enough to dig us out of the aforementioned hole.

The U.S. EPA also tried to ease the burden on municipalities by enacting a policy of forgiveness for utilities that fail to comply with routine monitoring and reporting requirements, if the noncompliance is related to COVID-19. Additionally, cleanup for some polluted areas designated for remediation was suspended on a case-by-case basis, as razor-thin resources get deployed according to highest priority. But while the merit of such decisions was debated — praised in some circles and derided in others — the mission for utilities hasn’t and will not waver.

Regardless of what changes or crises arise, water and wastewater workers remain committed to providing the highest level of water quality and public-health protection possible, proving resilient and essential at all times — even, and especially, when __it hits the fan.