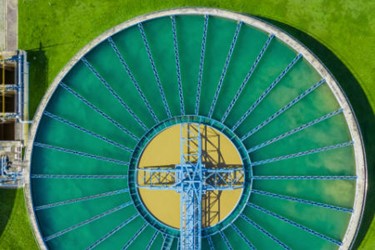 How frightening is it to imagine a day without adequate water supply? Or, a time when drinking water is no longer safe?

Although adequate water is not an immediate threat in the U.S., water resources are becoming scarce in too many regions. The luxury of clean, safe drinking water is a greater immediate threat.

Water issues are numerous. We are literally losing thousands of gallons of water every day because of defective water pipes — many of which are decades beyond their life expectancy. According to the American Society of Civil Engineers’ (ASCE) most recent Infrastructure Report Card, a water main breaks every two minutes in the U.S.

In Nashville, more than half of the city’s water pipes are over 40 years old and the city needs $400 million to provide upgrades to its central wastewater treatment plant and 150 miles of sewer main. Because funding is not available, city leaders have called for a vote in November to allow Metro Water Services (MWS) to raise water rates. The revenue that can be raised will allow some projects to be launched, but the overall revenue shortfall needed for critical projects is $1.4 billion. Nashville’s situation is so serious a federal court order hangs over the city and action must be taken.

The City of Erie will commission an appraisal of its water system because changes must be made. The city has a lease with Erie Water Works through 2050 and pays millions annually for upgrades, but that is not enough. Multimillion-dollar upgrades have been needed since the early 1990s, so now city leaders must decide whether to buy out the existing contract, negotiate a new lease, or seek other proposals for water system upgrades. Whatever decision is made, the cost will be high.

City leaders in Mesa plan to vote on the construction of a new water pipeline that will cost approximately $66 million. The project will be launched as the first of a number of projects totaling approximately $263.5 million over the next three years. The new pipeline will allow officials a small amount of time to analyze the pipeline’s potential and make decisions about next steps. A plan will be developed to deliver treated effluent from the Northwest Mesa plant to the Gila River Indian Community’s pipeline near Baseline and Recker Road so that the community can have water for crops and Mesa can get clean drinking water at a lower price.

Old rural systems are in disrepair throughout the country and long-overdue relief is beginning to happen. Funding for water projects in rural areas is now beginning to flow from the U.S. Department of Agriculture (USDA). The federal agency recently announced $201 million in grants for projects to improve rural water infrastructure in 31 states. The funds can be used for projects to improve drinking water, stormwater drainage, and waste disposal systems.

The U.S. EPA recently announced proposed changes to the federal Lead and Copper Rule (LCR). This is an effort to reduce lead exposure in drinking water. The proposed changes to the LCR would be the first major overhaul of the law since it was established in 1991 and would apply to all 68,000 public water systems. However — and this is frightening — the rules currently do not require water utilities to test for lead in commercial and public facilities such as schools. Only residential properties must be tested under the proposed rules. The EPA is accepting comments for the next 60 days. Federal officials estimate that the total cost of the new rules will be between $450 million and $675 million annually.

The New Jersey Department of Environmental Protection has estimated the cost for funding lead line replacements projects within the state will be approximately $2.3 billion. That’s just for one state. A few towns in Essex County that purchase water through the City of Newark are dealing with lead issues in the drinking water because pipeline corrosion is allowing lead to leach into water systems from plumbing. Essex County has allocated $120 million to take lead pipes out of Newark's water system. New Jersey government leaders will decide next year whether or not to spend $500 million, about 25 percent of the estimated cost, to remove lead-infested drinking water pipes that are allowing elevated levels of the toxic metal in some of the state's largest water systems.

The federal government has directed state leaders in Illinois to reduce nitrogen and phosphorus in its water by 2035. As a result, the Bloomington and Normal Water Reclamation District will begin construction very soon on a $160 million project to reduce the output of phosphorus.

A New York report called “What’s in My Water” shows that the City of Long Island has the most emerging contaminants in the state because of its underground aquifers’ proximity to industrial, agricultural, residential, and commercial pollution. A cost of $1.5 billion is projected for treatment for three emerging contaminants being regulated by the state. Because this effort could potentially double or triple water rates, a feasibility study has been requested to see if it is possible for Long Island to purchase water from the City of New York.

Water problems are more than serious — they are dangerous. Cost projections to remedy the issues are extremely high, and public officials must begin critical repairs. Citizens rightfully demand clean, safe, and adequate water resources. The price of deferred maintenance is substantial now, but the cost will only increase with time.