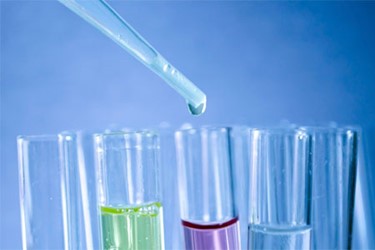 To ensure informed chemical safety decisions can be made about thousands of chemicals, scientists and decision makers need a constantly evolving set of tools for quickly and efficiently evaluating chemicals of interest. EPA scientists have recently released an update to the online Computational Toxicology (CompTox) Chemicals Dashboard to help advance these efforts. The website has been updated with new data and functionality every six months for the past three years.

The CompTox Chemicals Dashboard is a one-stop-shop for chemistry, toxicity, exposure, and bioactivity data that allows for searches based on chemical identifiers (e.g. names and CAS Registry numbers), product categories that chemicals are found in, and assay and gene associations with the bioactivity data from the ToxCast and Tox21 projects. The latest version, released in March 2019, adds 110,000 chemicals and associated data, bringing the total number of chemicals to 875,000. The dashboard release also includes several new improvements to the user interface allowing for improved navigation for all data associated with the chemicals collection.

Dr. Antony Williams, an EPA chemist and project lead for the dashboard, says that while the addition of the 110,000 new chemicals was a great enhancement to the data, the new version also incorporates bioactivity data from the latest invitroDb release (v3.1).  These data are collected as part of EPA’s Toxicity Forecaster (ToxCast) high-throughput screening program.

The latest version adds the ability to view concentration response plots for all ToxCast chemicals and makes it easier for users to navigate multiple results. It also enhances the batch search mode, which allows users to search for thousands of chemicals at one time, to include new types of data in the output.

Before the CompTox Chemicals Dashboard was developed three years ago, EPA had a suite of web applications (also referred to as dashboards) including the ToxCast or Endocrine Disruptor Screening Program dashboards. Dr. Williams says that the latest dashboard release incorporates data from these dashboards and the plan is to shut down all previous dashboards by late summer 2019. The goal is to create one dashboard as a seamless experience for the user, allowing access to a broad spectrum of chemical and biological information. Consolidating all the data into one dashboard also helps make sure that EPA’s scientists and programmers are able to focus on adding new data, functionality and improved performance that is valuable to EPA and its stakeholders.

“We are well on the way to delivering a seamless integrated experience for examining and navigating both chemical and biological data of interest to environmental researchers. With this release we can reduce the burden of maintaining multiple applications and focus on enhancing one application, the underlying infrastructure and taking the dashboard to the next level of capability,” says Dr. Williams.

Dr. Williams says that he is looking forward to making prototype developments such as structure and substructure search, and even mass spectrum searching against predicted mass spec fragmentation spectra available to the community as resources allow. There will also be new chemicals, and their toxicity, and physicochemical property data will be added to the dashboard as it becomes available. Plans include rollout of an application programming interface and web services so that stakeholders can integrate the Dashboard’s data into their own applications and create their own customized views of the data instead of having to rely on the default interface for all their needs.

“It is difficult to predict what the dashboard will morph into over the next few years, but it will continue serving its primary role by delivering EPA data to the community, bringing that data into a coherent application, and integrating new data and modules in a way that had not been achieved to date,” Dr. Williams says.