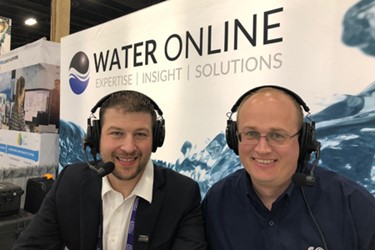 When it comes to the future of utility management, every arrow points toward greater adoption of 'smart' systems. Supervisory control and data acquisition (SCADA) is smart, in a sense, but the mere existence of a SCADA system at your facility won't maximize efficiency and optimization. The capabilities and opportunities available to utilities through data and analytics are going largely untapped, according to two experts who joined Water Online for Water Talk, but a new initiative could help unlock its ever-growing potential. In this interview, Keith Kolkebeck, Director of Technical Services at SUEZ North America, and Michael Karl, National Smart Utility Technology Lead for Brown and Caldwell, discuss the National Smart SCADA Master Plan established jointly by their companies. In describing the initiative, they demystify the "smart water" movement while introducing new concepts for the future, such as the increasing role of artificial intelligence.