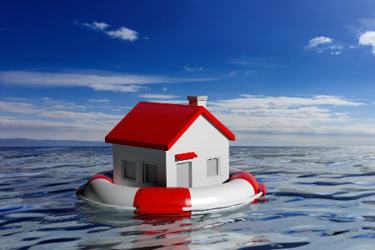 With the threat of widespread and catastrophic flooding in the U.S. only rising, the federal government is now taking more aggressive action to move residents from danger’s path.

Although damage from stormwater events has been increasing for some time, lawmakers in the U.S. have been hesitant to mandate that people move out of or avoid living in designated flood zones — likely because this kind of action can be seen by those people as government overreach. But it appears that the issue has grown so ubiquitous and expensive that officials feel they now need to act.

“This month, the Federal Emergency Management Agency detailed a new program, worth an initial $500 million, with billions more to come, designed to pay for large-scale relocation nationwide,” The New York Times reported. “The Department of Housing and Urban Development has started a similar $16 billion program. That followed a decision by the Army Corps of Engineers to start telling local officials that they must agree to force people out of their homes or forfeit federal money for flood-protection projects.”

In addition to the new federal action, individual states have been taking measures to move people and infrastructure away from susceptible areas. New Jersey, for instance, has recently torn down some 700 flood-prone homes, while California has told local governments to begin planning for relocation mandates, per the Times.

While the federal government has been offering to buy and then demolish susceptible homes in flood zones for years, these recent moves mark a significant uptick in financial commitment to the effort. It may be that the cost of flood damage — which includes peoples’ homes, buried infrastructure to serve those homes, and stormwater-management costs covered by local utilities — have gotten too high.

“The growing cost of recovery (federal spending on disaster recovery has totaled almost half a trillion dollars since 2015) has led to the realization that some places can’t be protected, according to government officials and scientists,” the Times reported.

Increased efforts to relocate people out of flood zones should be welcomed news by drinking and wastewater utilities that have to manage susceptible infrastructure and stormwater fallout, even if it is not welcomed by all of those who have chosen to live in such locations.