Two Nations, One Water: U.S.-Mexico Experts Work Together For Water

U.S. Rep. Xochitl Torres Small (NM), U.S. Sen. Martin Heinrich (NM), and U.S. Rep. Veronica Escobar (TX) kicked off the conference by thanking the diverse group for collaborating on the real challenges of the U.S.-Mexico border region that include strategies on water management. 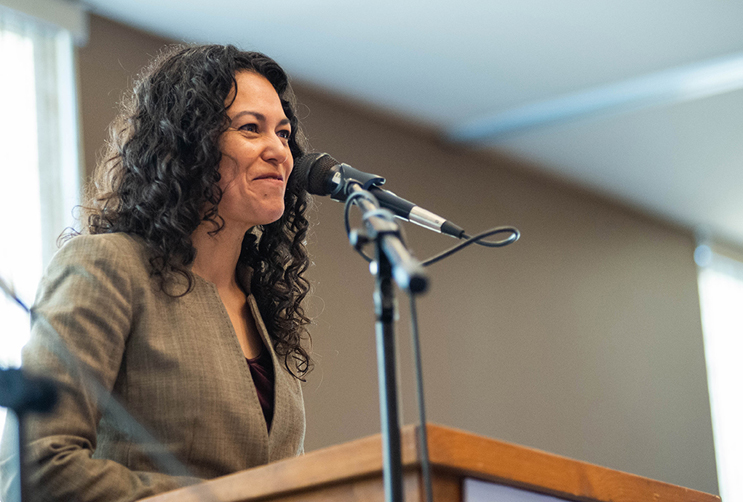 “This cooperation is an example of the type of work and good faith negotiations that will be required from all sides to help find solutions in other conflicts,” said Torres Small, who is also a water attorney. “Everyone in this room is here today because you know the future of the West largely depends on one thing — water.”

Referencing a recent agreement on managing the Colorado River, Torres Small said the pact showed that “even when our nation may seem its most divided, water is for working together.”

“This conference is first and foremost about starting conversations — conversations about research and innovation, about management and policy, and about our interdependence, and the need to work not in competition but in cooperation,” Archuleta said.

The unofficial theme was collaboration, and participants jumped onboard. Speakers and audience members engaged on topics such as technologies for alternative water supplies, salinity management, and experiences along the border with transboundary aquifers. 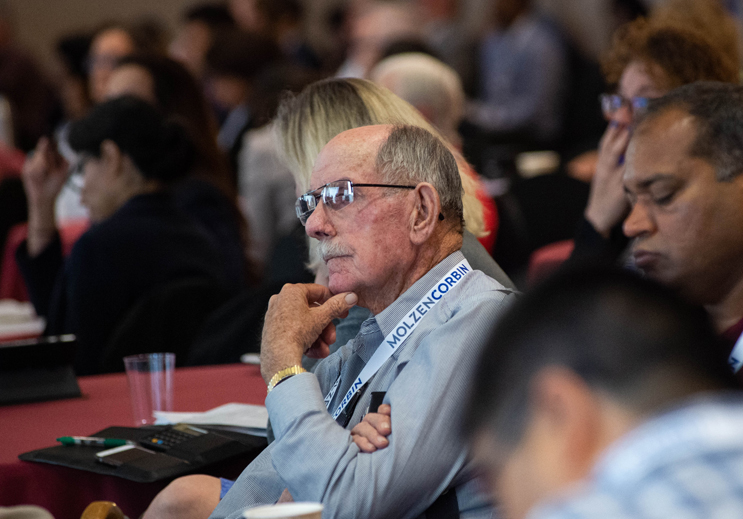 An important part of the conversation is to accept that there is no new normal during prolonged drought cycles, said Dagmar Llewellyn of the U.S. Bureau of Reclamation.

“We have to start thinking differently about how we plan our water management,” Llewellyn said, encouraging participants to play a game of “what if” scenarios to move discussions forward. “We also need to plan for failure, we need to fund science and we need to act now to build trust.”

University of New Mexico Professor David Gutzler shared that New Mexico is 3 degrees warmer since the 1970s and the state has seen a 25 percent decline in snowpack, yet stream flows feeding the Rio Grande are not necessarily down.

“There is no discernable trend in precipitation except for high variability,” he said.

With the backdrop of uncertainty, common themes emerged on the needs for improved forecasting and monitoring and incentivized innovation.

Wendy Jepson, professor of geography at Texas A&M University, urged that water-stressed cities take a proactive engagement to embark on a journey to a sustainable urban water transition.

“The pathway will involve experimentation, technological, financial, and institutional operating at a city level in a coordinated way,” Jepson said. “It prioritizes equity and sustainability. We know we have to do this.”

“Conservation has to be key to sustainability,” said John Balliew, El Paso Water President and CEO. “Utilities can be very successful in conservation,” he said, highlighting EPWater’s successful strategies such as rate structure, leak detection and repair, public education programs, and partnerships to improve commercial and institutional water efficiency.

Jeff Biggs, administrator of strategic initiatives for Tucson Water, said water supply diversification is essential in the arid Southwest. Tucson, AZ, once relied almost entirely on groundwater and saw steep declines in aquifers before 2000. Over the past two decades, the city transitioned away from groundwater usage and has seen a remarkable recovery in water levels.

Tucson now relies on a combination of water from the Colorado River, banked water from aquifer recharge and reclaimed water.

Chief among the most buzzworthy of topics was water reuse.

In Ciudad Juárez in Chihuahua, Mexico, the water utility uses reclaimed water to irrigate the city’s parks and gardens as well as crops in the Juárez Valley.

Sanaan Villalobos of Carollo Engineers spoke about designs underway for EPWater’s Advanced Water Purification Facility, which will transform treated wastewater into fresh drinking water. When operational in 2024, it will be the first project of its kind in the U.S. to reuse and treat water for direct distribution to customers. The innovative treatment campus will feature a water treatment plant, a wastewater treatment plant, and the Advanced Water Purification Facility.

Several researchers reported on increasing salinity of the Mesilla aquifer, which stretches across New Mexico, Texas, and Chihuahua, Mexico. Andrew Teeple of the U.S. Geological Survey attributed the phenomenon to an upwelling of deep ancient marine groundwater.

Plentiful brackish groundwater has spurred interest and progress in desalination as a water source for the region.

An hour from the border, Alamogordo, NM, is home to a brand-new desalination plant that is currently in operational testing. The small plant — part of a drought contingency strategy — will produce one million gallons a day of drinking water. 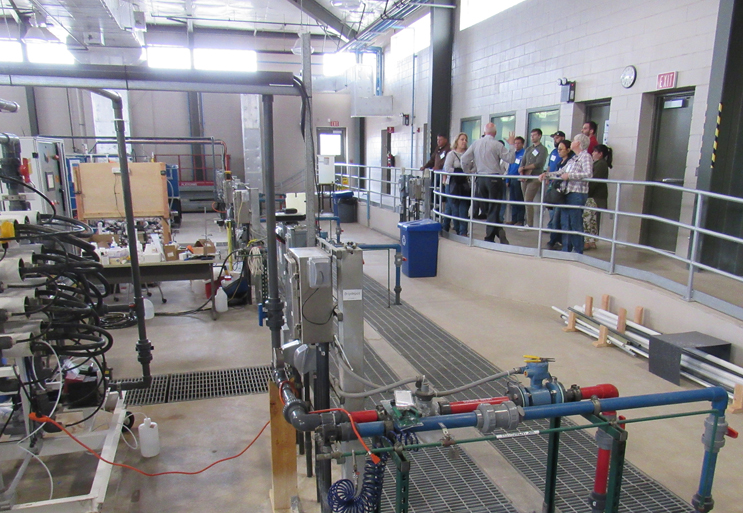 Another project generating interest from participants was a proposed desalination plant near Santa Teresa, NM, which has been a bright spot for economic development because of exporting businesses.

Several NMSU engineering faculty members are directly involved in designing the pilot plant, which is envisioned to support communities on both sides of the border.

“There’s a binational potential for water supply both to Santa Teresa and across the border in Mexico to San Jerónimo,” said J. Phillip King, a professor and associate department Head in the Civil Engineering Department at NMSU. However, he notes the political and legal framework may be the most challenging part of the project.

Gabriel Eckstein, professor of law and director of the Program in Natural Resources Systems of Texas A&M University, Fort Worth, agreed that laws concerning water and governance can be problematic.

“What we have, especially in the U.S., is an extremely fragmented legal system in water,” Eckstein said. “It’s very decentralized, and it creates a lot of space for conflicts.”

John D’ Antonio, State Engineer for New Mexico, agreed that the states should get out of litigation.

“New Mexico and Texas are spending millions on litigation, and they are bringing the decision to a special master,” D’Antonio said. “I think there are ways to optimize the system and reach a settlement to manage our water so it’s fairly distributed.”

“This is a Two Nations One Water conference, but we have 23 other sovereign nations in the state of New Mexico, and we have to deal with their water rights and water issues too,” he said.

Engagement And Next Steps

The summit drew more than 50 college students from the region. Aside from the panel discussions and presentations, students showcased their research in a poster session, and participants had the opportunity to vote on favorites. Of 38 posters submitted. J. Ramos-Hernandez of the Universidad Autónoma de Chihuahua received the most votes for his poster on improving water quality.

One of the new features — breakout group discussions — generated additional dialogue and kudos from participants on water themes such as sharing transboundary data, salinity issues in water and soil, and barriers on implementation of new technologies.

“The summit first and foremost brings people together to talk about the common issue, which is water,” said Archuleta at the end of the conference. “Congresswoman Torres Small mentioned that water is basically something we must cooperate on. It’s not something to fight over; we work together. That’s what this conference was about.”

D’Antonio issued a challenge to those gathered: “We now have the tools in place,” D’Antonio said. “The drought continues to open our eyes, and we have to execute.”

Martha C. Koester is a writer with El Paso Water and former journalist for the El Paso Times, the (Salem, Oregon) Statesman Journal, the San Diego Union-Tribune, and the U.S. Army’s NCO Journal.