Executive Order Calls For Elimination Of Some EPA Advisory Committees 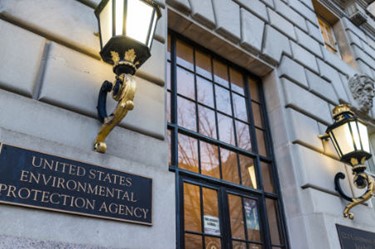 An executive order signed by President Donald Trump last month may come to change the way that the U.S. EPA oversees water and wastewater treatment operations.

“Trump signed an executive order ... that directs every federal agency to evaluate the need for all of its advisory committees created under the Federal Advisory Committee Act,” according to AP News. “And it gives agency heads until September to terminate at least one-third of current committees created by agency heads.”

In recent history, advisory committees have played a significant role in EPA decision-making, which ultimately outlines federal drinking water and wastewater guidelines and regulations and determines punishment for violating those regulations. EPA boards that could be affected by the executive order include the EPA Science Advisory Board, the Environmental Financial Advisory Board, and the National Drinking Water Advisory Council.

“The U.S. Environmental Protection Agency (EPA) has 22 [Federal Advisory Committee Act] committees and thus must terminate at least seven of them under the terms of the [executive order],” The National Law Review reported.

At this point, it is too early to say which specific EPA committees will be eliminated and how those eliminations would potentially affect drinking water or wastewater treatment operations. But it may be surmised that the Trump administration hopes to streamline federal oversight through the executive order and potentially eliminate onerous oversight.

“The White House did not immediately provide any justification for the order,” per AP News. “But it appears to assume that many of the committees are redundant or have been convened to address issues that are now obsolete. It says that committees will be eliminated if their ‘stated objectives’ have been accomplished, if the ‘subject matter or work of the committee has become obsolete,’ if their ‘primary functions have been assumed by another entity’ and if the agency determines ‘the cost of operation is excessive in relation to the benefits of the Federal Government.’”

This would not be the first time the Trump administration has made an impact on the EPA and its oversight of water or wastewater treatment. Earlier this year, reports surfaced that the number of civil penalties issued to polluters under the current administration had “plummeted.” And the administration has seemingly targeted clean water rules affecting discharge from the oil and gas industry, for instance.

In addition to the September deadline for elimination, agency heads have until August 1, 2019, to offer their input on whether any advisory committees established by the president should continue.