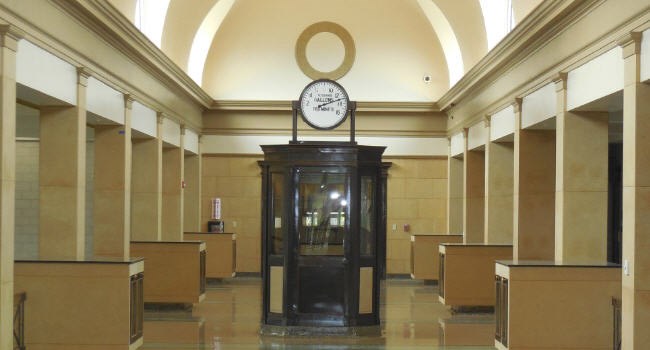 Sand filtration was a longtime friend to Erie Water Works, providing eight decades of service. Over the years, however, as water-quality monitoring improved and drinking water regulations tightened, the need for an updated treatment system became apparent... but which technology to choose?

The answer was unveiled late last year, when the Richard S. Wasielewski Water Treatment Plant (RSW WTP) reopened as America's largest retrofitted membrane-filtration drinking water facility. Along the way, a variety of technologies were considered. Read on to learn why ultrafiltration was ultimately selected, and the work that went into transforming the landmark facility from outdated to cutting-edge.

Built in 1932, RSW WTP serves approximately 52,000 direct and 10,000 third-party customers — a user base that has shrunk over time as the town’s once-prominent manufacturing presence has diminished. While many plants undergo upgrades to increase capacity, RSW WTP sought to reduce its flow from 56 MGD to 45 MGD. Water quality was a concern because the plant’s source, Lake Erie, has periods of high turbidity that were proving too challenging for the sand filtration system.

“The settling time was not adequate in the existing filtration beds,” explained Dave Motherwell, product and quality manager for Erie Water Works. “We were having turbidity issues, and we also knew that the regulations were going to become more stringent throughout the years.”

The first of the three was dismissed rather easily, as the Erie team was not in the market for a “quick fix.”

“The regulations were becoming more strict, so we wanted to look at a long-term solution for this plant that would not only provide us water quality currently, but well into the future for decades to come,” said Motherwell. “We didn’t want to simply put a few million dollars into air scouring. We needed to do more than that.”

A full conventional filtration upgrade would provide better water quality, but also had drawbacks. RSW WTP was grandfathered into regulations mandating or disinfection contact time (CT) because the plant was short on clearwell space at 750,000 gallons. A major upgrade would pull the plant out of the grandfathering clause, forcing the construction of additional clearwell space.

As the choices narrowed to a full conventional filtration upgrade versus membranes, pros and cons were examined. Since the costs would be similar (“within a couple million dollars”), the question came back to water quality. Motherwell recalled the decision-making:

“Conventional filtration uses a multi-barrier approach — coagulation, sedimentation, filters, and disinfection — to keep out viruses, giardia, and cryptosporidium. That barrier approach is good, and it's a proven technology, but the membrane process offers a physical barrier as well. The pore size on the membrane cells is 0.04 micron, while the smallest pathogens that we're taking out are between 4.0 and 8.0 microns. I equate it to taking a baseball and trying to shove it through a hole the size of a period at the end of a sentence. That pathogen is not getting through.

“Yes, we knew we could get good water quality with conventional filtration upgrades, but we wanted great water quality.” Motherwell said. “We also wanted something that would meet stricter water-quality standards 20 or 30 years from now. Membranes fit that bill.”

RSW WTP chose submerged membranes over pressure membranes, but it was never a fair fight. Maintaining the architecture of the historic plant was paramount, and pressure membranes would require a new plant build. Furthermore, because of soil conditions at the planned construction site — a former landfill — the cost of the foundation would have added millions to the building price.

There were also operational preferences.

“We liked being able to see the actual backwash happening on the submerged membrane cells, and I liked that you can see the air bubbles during testing,” said Motherwell. “You can walk out over the cells, look down, and see the exact locations where you would have a possible failed fiber. With a pressure-membrane decay testing, you don’t see air bubbles.”

Pressure membrane systems are not without their advantages, however, as they offer higher flux rates — or gallons per square foot per day (GFD) — than their submerged counterparts. Typically, this means a smaller footprint and less equipment than what’s required for a submerged plant, but the Erie facility is not quite typical. Due to the desire to maintain the highly cherished plant structure, as well as the stated O&M preferences, submerged membranes became the easy choice.

RSW WTP is regulated to maintain turbidity levels at or below 0.5 NTU (nephelometric turbidity units) for finished water (0.3 in the filtration bed), but an agreement through Pennsylvania’s Safe Water Partnership requires that levels be reduced to 0.1 NTU. With the old sand filtration system in place, the facility was averaging 0.15 NTU on delivered water, often hitting 0.2 during periods of high source-water turbidity. Since reopening with ultrafiltration membranes in place, the facility averages less than 0.01 NTU on water leaving the facility.

“It doesn't matter what your turbidity is coming in, the membranes are going to meet the standard,” said Motherwell. “We believe that we'll be able to far exceed any standard that comes down the line for the next 20 or 30 years.”