Predicting The Worldwide Impact Of Water Scarcity On The Energy Sector 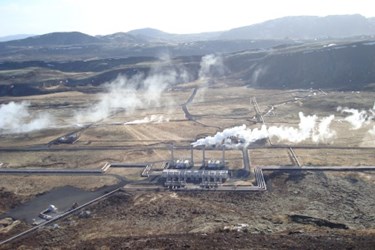 Most of the effects of drought around the world are obvious — dried up lakes, water restrictions, brown lawns, destroyed crops, and wildfires.

But there is another consequence of water scarcity that is often not considered — and it can result in a literally powerless nation.

Water is vital for nearly every type of energy generation. It is used for energy at hydropower facilities and for cooling at thermal power plants.  Oil and gas operations require water for resource extraction and even the creation of “green” biofuels requires water for irrigation of feedstock and energy crops. As water is stretched and regulations around it tightened, the energy industry feels the burden. This can result in everything from reduced operations and higher costs for consumers to, in extreme cases, blackouts and gas and electricity shortages.

Global water withdrawals for energy production were estimated at 583 billion cubic meters (bcm), or 15 percent of the world’s total water withdrawals as of 2010. Of that, water consumption — the volume withdrawn but not returned to its source – was 66 bcm, according to the International Energy Agency‌ (IEA), an autonomous organization which works to ensure reliable, affordable, and clean energy for 29 countries.

The water needs of the energy industry are only expected to increase. An IEA report predicts that water withdraws for energy production will increase by about 20 percent by 2035. Water consumption is expected to rise 50 to 85 percent in the same time frame.

“These trends are driven by a shift towards higher efficiency power plants with more advanced cooling systems, that reduce withdrawals but increase consumption per unit of electricity produced,  and by expanding biofuels production,”  the IEA states in its report.

Water-energy stress is an issue worldwide. But areas with high energy demands are feeling the most impact. The IEA reports on the vulnerability of the energy sector to water constraints in several of those countries.

As China continues to grow and urbanize, so does the country’s demand on water.  Water withdrawals for energy production in China are predicted to rise by 38 percent by 2035, says the IEA.

Much of that water is dedicated to the growing nuclear, solar, and shale gas industries.  While all existing nuclear plants in China use seawater for cooling, future plans include the development of inland nuclear power facilities, which will require more freshwater withdraw.  Additional solar power plants are also planned, many in the “sun belt” — the country’s driest region.

“Particular sites will have to take into account the availability of water resources and the case for installing more expensive dry or hybrid dry/wet cooling systems,” the IEA states.

Shale gas production is also focused in dry regions. The Tarim Basin in the Xinjiang Uyghur Autonomous Region, for example, holds some of the country’s largest shale gas deposits but suffers from severe water scarcity.

Aware of the growing water issues in the energy and other sectors, the Chinese government is pushing ahead with water  reforms and increasingly stringent regulations and enforcement procedures aimed at improving water conservation.

The Indian energy sector, which is primarily focused on power generation, doesn’t currently account for a large share of the country’s water. However, the IEA predicts that water withdrawals for energy production in India will grow by almost 50 percent by 2035. Water consumption is expected to grow at an even faster rate.

At the same time, the availability of water is becoming a larger issue in India. The country’s main sources of water — glacier melt and rainfall — are unevenly distributed, with most rainfall coming from June to September. Severe droughts have occurred as recently as 2009 and 2012.

In 2010, a water shortage caused coal-fired power station in Maharashtra to shut down, leading to power outages. A similar event happened in 2012.

The U.S energy sector is most vulnerable in the western part of the country, where drought conditions are getting worse.

“Water use already exceeds sustainable levels in the region, which faces growing water and electricity demand as the population increases. Low water availability has occasioned the reduction of output from coal-fired power plants and hydropower facilities in some cases, and put it seriously at risk in others, threatening blackouts and higher cost electricity,” reports the IEA.

This is not the first time in U.S. history that drought has impacted the energy industry. In 2007 and 2010, water scarcity forced operations to be scaled back at hydropower facilities and several coal-fired and nuclear power plants, reports the IEA.

A growing interest in biofuel may also impact water supply in the U.S. This is due to an increase in the growth of energy crops for biofuel production, such as corn and soybean, which generally require large amounts of irrigation.

Overall water consumption in the U.S. is predicted to increase over 80 percent between now and 2035.

Unlike parts of the U.S., Canada is rich in water. However, extensive use of water in the extraction and upgrading of oil sands could have significant implications for the oil production outlook.

This increase could also significantly impact water quality in the areas surrounding oil sands production sites. While the discharge of untreated wastewater into rivers is illegal, seepage from the vast tailing ponds already used to store degraded water could cause surface and groundwater pollution.

New regulations may be required in the future to prevent damage to the ecosystem.

There is much that can be done worldwide to make the relationship between water and energy production a more positive one.

Each individual energy sector should look at how it can cut back on water. Power plants can move toward more advanced cooling systems, including dry cooling towers. In biofuel production, energy crops should be planted in the locations that have the greatest water efficiency, and oil and gas operations should adapt more produced water reuse technologies.

There should be a worldwide focus on discovering and utilizing more renewable energy technologies that have minimal water requirements, reports the IEA. The energy sector needs to make a shift in focus, from exploiting vulnerable fresh water supply to taking advantage of renewable sources like saline water, treated wastewater, and stormwater.