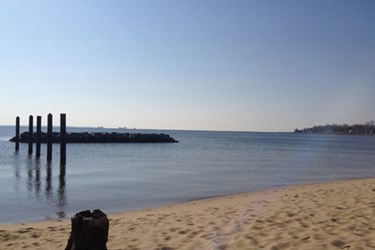 The Water Environment Research Foundation (WERF) has conducted a host of studies, summarized here, to help utilities evaluate and solve their nutrient-related problems.

Excessive amounts of nutrients in receiving waters can cause environmental problems such as harmful algal blooms, hypoxia, and fish kills resulting from biomass decay. Current technology is making it easier to detect nitrogen (N) and phosphorus (P) in our waterways down to the smallest amounts. Many watershed protection plans (e.g., Total Maximum Daily Loads [TMDLs]) use total phosphorus (TP) for setting limits because P is one of the two key macro-nutrients (the other is N) that algae need to grow. It is very expensive to research and implement advanced treatment technologies to remove nutrients to very low levels from wastewater effluent. It often requires significant amounts of energy and chemicals, but operators often have very little understanding of whether the results will actually reduce algae growth. WERF has recently completed a series of research projects that can help the water quality community more accurately determine the true impact of various nutrient species and the best ways to manage them.

WERF Nutrients Research
Because advanced biological nutrient removal (BNR) systems do a thorough job of eliminating most inorganic N and suspended solids, the result is often effluent that is heavy in dissolved organic nitrogen (DON). And while DON can account for upwards of half of the total nitrogen (TN) coming out of these systems, little is known about how much of this is actually contributing to algae growth. Recently completed WERF research, Uptake by Algae of Dissolved Organic Nitrogen from BNR Treatment Plant Effluents (NUTR1R06e), developed a simple and effective method for measuring bioavailable DON, as well as other forms that are not readily taken up by algae. As a first step, researchers developed a process for separating out different forms of N using various resins. This allowed them to isolate the hydrophilic forms of DON, and in these samples researchers saw very little consumption of DON or algal growth, suggesting that they are not actually bioavailable. Knowing which nutrient fractions are really contributing to algal blooms can help tailor treatment towards the real causes.

Another of WERF’s recently completed research projects sought further fundamental understanding of effluent P chemical species to interpret and improve technologies for P removal to very low limits. This research looked for insights into the removal efficiency and mechanisms of different P fractions through various treatment technologies. Twenty processes were evaluated at 12 water resource recovery facilities (WRRFs). The P composition in the influent and the secondary and tertiary effluents from the processes were characterized using standard methods, as well as sequential chemical extraction for metal-bound P analysis and molecular cutoff for distribution analysis. Wastewater characterization and fingerprinting were also performed to reveal the association of organic P with identifiable effluent organic fractions. Then, changes in P fractions along the treatment train in each WRRF were evaluated and compared to measured concentrations. The results from this study, Phosphorus Fractionation and Removal in Wastewater Treatment: Implications for Minimizing Effluent Phosphorus (NUTR1R06l), suggest that advanced tertiary treatment processes may achieve low effluent TP levels. Technologies and multistage treatments that target the effective elimination of fine and colloidal particulates, as well as non-reactive P fractions will be required.

The next team of WERF researchers looked at the effluent from advanced P removal processes at work across the U.S. and measured the bioavailability of P. What they found was that different removal processes produced different P species compositions, and in most cases, more than half of this P was not contributing to algal growth. They also found a strong correlation between total reactive P and bioavailability — meaning measuring for P that reacts to analyte could serve as a quicker, cheaper, and easier way to measure bioavailability. This research, The Bioavailable Phosphorus Fraction in Effluent from Advanced Secondary and Tertiary Treatment (NUTR1R06m), could aid in the development of watershed protection plans, many of which use TP as a benchmark. Plans that identify and more effectively target those P fractions that are actually bioavailable could help avoid unnecessarily high chemical use and reduce operational costs, sludge production, and greenhouse gas emissions. Because many TMDLs use TP for setting limits without considering the possibility that P fractions may differ in bioavailability, when establishing regulations on TP, the results from this study could be helpful in setting limits.

Although meeting lower nutrient levels has become a high priority for many facilities, the benefits of reaching these lower limits can sometimes be offset by the negative impacts that it takes to meet them. Achieving lower limits can necessitate excessive chemical additives and require significant amounts of extra pumping, mixing, and aerating, which require huge amounts of energy. WERF’s recently completed research, Striking the Balance Between Nutrient Removal in Wastewater Treatment and Sustainability (NUTR1R06n), suggests that a point of diminishing returns might be reached after enhanced nutrient removal. The additional chemicals and energy needed beyond that point caused a 70 percent spike in greenhouse gas emissions — and resulted in only a one percent drop in nutrient levels. Operational costs also increased more than five times to get to these higher levels of treatment. Researchers found that a more effective solution might be managing these nutrients before they even arrive at the facilities. Integrating best management practices for controlling nonpoint sources, such as the runoff that carries nutrients into our waterways, is a more sustainable solution for protecting our environment as a whole.

Another WERF research study took a step back to first assess the impact of various forms of P to help inform regulations and target the P species that are the real offenders. Preliminary studies point to dissolved organic phosphorus (DOP), present after advanced treatment, as a major contributor. Using a newly established test that is based on measures of fluorescence and enzymatic analysis, researchers found a significant portion of lingering DOP could be bioavailable to algae — potentially impacting receiving waters. Finding ways to remove these residual nutrients could be key to meeting future stringent nutrient regulations. In this case, removal of DOP would mean integrating processes that remove hydrophobic organic matter, such as adsorption. This research, Bioavailability and Characteristics of Dissolved Organic Nutrients in Wastewater Effluents (NUTR1R06o), provides valuable information for engineers and facility operators that can help them manage investments on processes to eliminate bioavailable P and N more effectively.

Although meeting lower nutrient levels has become a high priority for many facilities, the benefits of reaching these lower limits can sometimes be offset by the negative impacts that it takes to meet them.

Removing P beyond enhanced biological processes usually requires adding chemical coagulants, most often alum. Although this can do a good job of producing effluent with fairly low nutrient levels, it also produces a sizable amount of chemical sludge, which up until now has been largely thought of as waste. However, innovative science is reimagining this product as a useful additive that can be plugged back into upstream treatment processes, resulting in even lower P levels. Researchers for this WERF project, Solids Role in Tertiary Chemical Phosphorus Removal by Alum (NUTR1R06t), found that the most effective points of reentry for sludge in the treatment train took advantage of existing solids separation processes, such as primary clarification, aeration, or secondary clarification. New process flows that take advantage of the sorptive capacity of this sludge could lead to ultra-low P levels while decreasing alum levels.

Turning to the importance of real-time information, the WERF research project BNR Process Monitoring and Control with Online Nitrogen Analyzers for Nitrogen Credit Exchange Program in Connecticut (NUTR1R06y) summarizes the use, performance, and reliability of online analyzers by water pollution control facilities in Connecticut. It also considers their use for automated process control to optimize BNR performance. The research report includes case studies which describe practical approaches towards automated online process control for the improvement of BNR process performance. The researchers found that while there is an increasing interest in online N analyzers, their use for automated process control is not typical, that the implementation of automated process control is easier when the treatment facility undergoes an upgrade, and that it is dependent on the facility’s existing processes.

Looking toward the models that are used to set nutrient limits, the final project, Can TMDL Models Reproduce the Nutrient Loading-Hypoxia Relationship? (U4R09), addressed uncertainty regarding whether current eutrophication models used to determine TMDLs and to forecast the impact of TMDLs on water quality are accurate over longer time periods. The research team sought to calibrate a 55-year watershed simulation in the Chesapeake Bay watershed using several models by constructing a long-term time series (1950 to present) of nutrient loading for that area from nutrient loading observations in the Susquehanna, Potomac, and Patuxent Rivers, as well as proxies for other non-tidal rivers, long-term records of point sources, and proxies for changes in atmospheric loading. They found that there is good agreement between models and measurable results, except in the wet month (July). Based on the findings of this research, regulatory agencies may want to evaluate the agreement between modeled and observed hypoxic volume in future TMDL re-evaluations.

Conclusions
Although begun several years ago, these recently completed WERF studies illustrate the depth of additional knowledge that is needed to inform the process of setting and meeting nutrient limits. Ultimately, they build the case for WERF’s newest research portfolio on the harvesting and recovery of these valuable nutrients. Results from WERF’s nutrient recovery research will begin to become available this year. For more information, please visit www.werf.org.