The Science Of Public Outreach — And Successful AMI Deployment 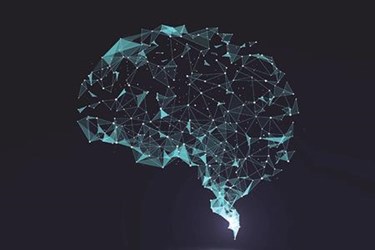 As consumer buy-in is critical to the success of advanced metering infrastructure, so is behavioral science in guiding utilities’ engagement efforts around the technology.

Advanced metering infrastructure (AMI), commonly referred to as “smart meter” technology, is currently far more prevalent in the electric sector than in water; however, a number of water utilities are increasingly considering the ways in which the technology can improve their operational efficiency. AMI allows utilities to track resource usage on a near real-time basis, which allows for better leak detection, demand-response management, billing accuracy, and effective revenue collection. Some utilities are also beginning to realize the benefits of improving customer satisfaction using AMI; however, this role for AMI is often overlooked or viewed as secondary.

The water utility industry also realizes the need to prioritize “[p]ublic understanding of the value of water resources” and “[p]ublic understanding of the value of water systems and services” (AWWA, 2016). In a 2013 report, Bloomberg New Energy Finance predicted that U.S. water utilities will spend $2 billion on AMI through 2020 (Doom, 2013). This article focuses on the value that communications campaigns add to AMI investments by improving adoption of the technology and encouraging behavioral changes.

The Benefits Of AMI Technology
Diffusion of new technologies has enabled consumers to gain access to, and utilize, a wider range of information than ever before, allowing them to better understand trends, habits, and choices and thus make more informed decisions that can improve their well-being. Technologies such as activity trackers (Fitbit), home automation hubs (Amazon Echo), and smart thermostats (Nest) have been adopted, after being marketed as devices that empower the consumers, by giving them data-driven insights into their own habits and behaviors.

Water and electric utilities can now make similar technology available, but they are grappling with how to encourage a similar level of customer adoption and engagement. AMI helps utilities to connect with customers to share data about, and improve understanding of, water and energy usage at the residential and commercial levels. From the customer perspective, AMI represents an evolution of existing Internet of Things (IoT) technologies that already inform their water and energy usage, such as bill and data usage alerts to online accounts and mobile devices or remote management of building temperatures or security control systems.

Since fully realizing the potential of AMI relies on customer engagement — not just adopting, but interacting with, the technology — AMI is being promoted as a tool to improve customer satisfaction. However, AMI also offers more direct operational advantages to utilities, such as:

Challenges To Implementing AMI Technology
While there are tangible benefits from AMI adoption, it requires a financial investment from utilities to pilot-test the technology (if they decide to go this route) and conduct cost-benefit analyses. Furthermore, changing over to new interfaces and learning new systems can be a significant barrier to overcome, especially for smaller water utilities. Electric utilities have made these investments more quickly; the U.S. Energy Information Administration reported that by 2014, “U.S. electric utilities had about 58.5 million [AMI] installations. About 88 percent were residential customer installations” (EIA, 2016). On the other hand, in the water sector, AMI “remains a rarity in the U.S., accounting for less than 20 percent of the roughly 100 million water meters nationwide” (Wang, 2015).

One challenge to adoption of AMI is public opposition driven by both health and privacy concerns. The former is linked to perceived health risks associated with the radio frequency electromagnetic fields generated by AMI smart meters, although the Federal Communications Commission has concluded that there is no evidence confirming that these risks exist. As for privacy, opponents often spread the fear that AMI hardware will transmit personal data that allows “Big Brother”-like government authorities to monitor the activities of citizens.

Given that this kind of opposition to AMI has been well-documented, utilities must embark early upon awareness campaigns that explain the true capabilities of the technology and help minimize sensationalist attacks that overemphasize phantom risks. This will alleviate customers’ concerns and help them to realize that AMI can add value to their lives and not just to utilities’ bottom lines.

Behavioral Science Models For AMI Adoption
Creating desired behavioral changes, as opposed to simply publicizing the availability of AMI, requires going beyond traditional public information strategies for utilities. Research shows that campaigns that are focused merely on informing and educating customers, or even appealing to their economic self-interests, are less effective than those designed to appeal to the cultures, values, and principles of target audiences (McKenzie- Mohr, 2000). Behavioral science models can provide a holistic and strategic framework for developing and delivering programs encouraging public engagement and empowerment.

Diffusion Of Innovation
Developed by communication scholar and sociologist Everett Rogers in 1962, the Diffusion of Innovation Model seeks to explain how, why, and at what pace new ideas and technologies, such as AMI, are adopted by a given population. 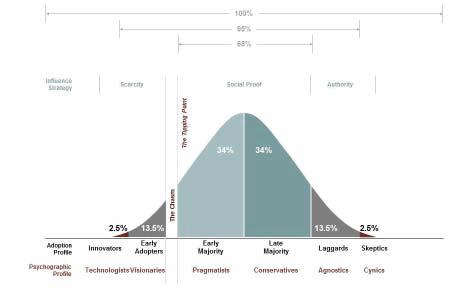 Different segments of that population, as defined by Rogers, fall along the model’s curve based on their disposition to adopt innovations:

As messages regarding an innovation are disseminated, they are processed by target audiences in five stages:

The Core Motives Model offers great guidance to communicators in sectors like utilities, to shape behavioral change campaigns, and in fact, has been used directly for that purpose. Since the 1980s, Cialdini has helped to develop pro-environment messaging for campaigns that focus on finding the “sweet spot” where utilities can create the greatest level of behavioral change for the least amount of effort and money.

Scarcity is a uniquely relevant principle for messaging to support energy efficiency and water conservation programs. Cialdini notes, “The idea of potential loss plays a large role in human decision-making. In fact, people seem to be more motivated by the thought of losing something than by the thought of gaining something of equal value” (2007). During times of drought, usage drops because people appreciate water more because it is scarce and recognize a threat to themselves if they do not conserve water for the future.

The first step in CBSM is to identify behaviors that are “nondivisible” and “end-of-state.” For example, “adopting water efficient measures to reduce lawn irrigation” can be further divided into specific nondivisible behaviors, such as installing automatic sprinkler systems or replacing lawns with drought-resistant plants. These can also be end-of-state behaviors, which are those that lead to defined and final outcomes.

Once nondivisible and end-of-state behaviors are identified, the second step in CBSM is to identify both the benefits of and the barriers to these actions. The third step, developing strategies to maximize benefits and overcome barriers, incorporates consideration of the following elements:

The fourth step in CBSM is to pilot the campaign to test both its feasibility and effectiveness. The findings from this experimental deployment guide the final step of bringing a campaign to scale to achieve its desired outcomes. 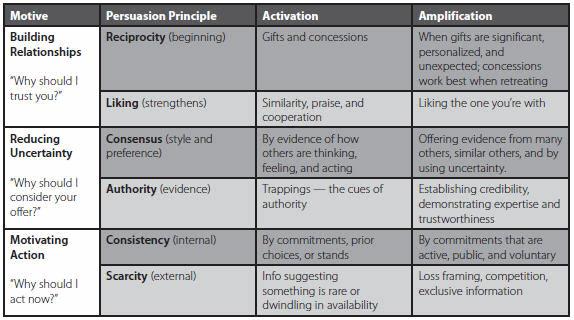 The central idea behind social norms marketing is that much of people’s behavior is influenced by their perceptions of what is “normal” or “typical.” According to social norms theory, if people are shown that their behavior is outside of the norm or that their perception of the norm is incorrect, they will be motivated to change the way they behave so they conform more closely to the norm. (Mitchell et al., 2013)

In order to test the effectiveness of the SNM model, EBMUD sent Water Reports (HWRs) to 10,000 homes by mail and email. These reports shared data tailored to household water consumption, provided comparisons with similar households to encourage social competition, and rated each household’s performance as “great,” “good,” or “take action,” with corresponding images illustrating happiness, neutrality, and sadness.

Behavioral science offers tangible solutions, not only to raising awareness, but changing behavior, and it does not take much financial investment if done right.

Results from the EBMUD pilot program were significant, with an average reduction in water usage of five percent across all 10,000 households. When customers were compared with similar households, they not only became competitive (an effective element of Cialdini’s scarcity principle), but also developed the perceptions that all of the other customers were making efforts to improve their water scores (reflecting Cialdini’s consistency and consensus principles).

Conclusion
Introducing a new technology requires a communication campaign designed with an understanding of the target customers’ values, perceptions, and behaviors. In the case of AMI, utilities often struggle to encourage customer uptake of the technology. Behavioral science offers tangible solutions, not only to raising awareness, but changing behavior, and it does not take much financial investment if done right.

The AMI technology offers a promising path toward helping the utility realize greater efficiency, and also help it engage with the customer more, by offering data that can inform outreach and awareness based on insights from the behavioral sciences.

The insights into human behavior, perceptions, and attitudes offered by behavioral science can help shape smart communications and outreach campaigns that resonate with target customers — increasing social and environmental awareness, and appreciation of public services offered by water and electric utilities. *View the full report and case studies at www.hahnpublic.com.

As CEO of Water Savvy Solutions, Sapna Mulki consults with clients on water issues ranging from conservation outreach to rate structure communication. Sapna has over 10 years of expertise in water finance and policy and environmental education and policy. She holds a Bachelor of Arts in environmental studies and international relations from Eckerd College and a Master of Arts in sustainable international development from Brandeis University.

As reporter, researcher, writer, and analyst, Mike Clark-Madison (VP, Public Policy and Research) is one of the region’s best-known and most accomplished communicators. After 15 years of covering local and regional politics, society, and culture as a writer, editor, and journalist, Mike “retired” as city editor of the Austin Chronicle in 2005 and joined Hahn Public Communications. He holds degrees in communications from The University of San Francisco and The University of Texas at Austin.

Shelly Gupta (Director, Electric Utilities) brings eight years of experience to the firm’s energy practice, leading important initiatives including the Texas Gas Service Energy Efficiency Program, Lubbock Power and Light, and SPEER. She provides strategic marketing and communication, brand development, crisis communication, and community outreach for her clients. Shelly graduated from The University of Texas at Austin with a bachelor’s degree in public relations and a certificate in business foundations.

Ryan Orendorf (VP, Natural Gas Utilities) leads Hahn Public’s utilities practice area and has worked on some of its most significant clients including the ONE Gas companies (Oklahoma Natural Gas, Texas Gas Service, and Kansas Gas Service), the Electric Reliability Council of Texas, and the South-Central Partnership for Energy Efficiency as a Resource (SPEER). He is a graduate of Clemson University.