The Menace Of Biofilm And How We Can Tackle It 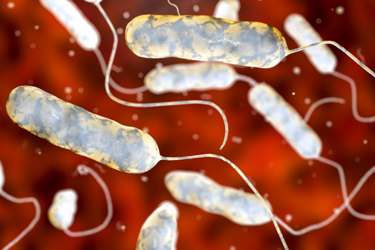 Why are living biofilm super-pathogens spreading in water systems, and what is the best way to defeat them?

The latest water safety challenge emerging in the United States may be small, but its effects can be deadly. It’s called biofilm, a sticky substance consisting of bacteria, fungus, and other organisms that colonize in water. Together, they can act like a sort of “super-pathogen.”

For example, take one Portland apartment complex. In January of 2021, a breakdown in water maintenance left one person dead and three hospitalized after an outbreak of Legionnaires’ disease1 — a severe form of pneumonia caused by Legionella bacteria. Where did it come from? Biofilm.

Why Biofilm Is A Major Water Problem

First, biofilm is made up of 90 percent water and cannot live without it. It becomes this replicating, perfect storm of an environment where substances layer themselves together and live in this terrible package that will accumulate in pipes, inside boiler systems, and even in your stomach. We don’t want biofilms accumulating in our bodies or in the environments that people are going into.

Now, biofilms are not exclusively one type of bacteria, and that’s the problem. All those types of bacteria living together in one substance don’t react the same way to chemical treatment or antibiotic treatment, making them extremely hard to kill. Further, they mutate, they grow, they change their DNA structure, and they adapt to the climate and the environmental conditions they are exposed to. They are incredibly good at surviving, which is good for them, but not good for us.

Some of the bacteria can even walk or travel to another spot, then attach themselves and start growing all over again. These big, slimy clumps of biofilm can contain tons of powerful material that will continue to produce bacteria, increase in population, and cause chronic recurring infections in people. We can be exposed through drinking water, hot tubs, and even steam.

The cost of biofilms on human health has become apparent: their tolerance to antibiotics is at least twice — and perhaps as much as 10 times — stronger than normal bacteria.

Aging Infrastructure Is Putting The Public At Risk

Unfortunately, many of these systems have not been maintained, and the resultant contamination can have catastrophic effects on everyday people. What we are starting to see — and it has become readily apparent over the last several decades — is that as modern drinking water systems age, they are being compromised by the formation and propagation of new biofilms. 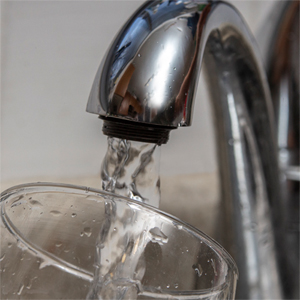 We have to ask ourselves as engineers and as scientists: “Why are we seeing that occur? And what can we do to prevent it?”

This ties into the ability of pathogens to adapt and survive. A modern, urbanized drinking water system is designed to remove pathogens and bacteria that can lead to waterborne illness and diseases. Those pathogens that we are trying to remove are adapting to this disinfection system and the treatment processes that are being deployed to remove them. They adapt and they survive. And once a pathogen that has made its way into a water distribution system achieves some level of resistance to chemical disinfection systems and so forth, it becomes established — and that’s when things can get ugly.

I have done the repairs of drinking water systems in some of these customer locations such as hotels and resorts. When we go onsite and remove the old filters, we extract a damaged, corroded, and filthy filter that’s been in place too long. And these have, essentially, biofilm sludge and slime built up on them, oozing from both ends, and it’s disgusting. That is the water system that people are actually drinking from, and that is what’s in place everywhere.

It’s all too common to see public drinking water supply systems succumb to the effects of pollution and the formation of biofilms and the resultant diseases. Very unfortunate, but it is the nature of what we’re dealing with, and we need to do something about it.

While this drinking water may be “statistically safe,” meeting an established water standard relative to safety, that does not mean it’s completely safe. They are two completely different terms.

The underlying issue that plagues most large, centralized potable water utilities is the simple fact that it is nearly impossible to provide “completely safe” drinking water. Pathogens are very small and have a natural survival capability, such as using biofilm protection.

So, what can we do about it? How can we take control where infrastructure is failing?

Decentralized treatment technologies are the key, where the customer no longer relies on the city or the municipality that is failing them. For example, this could be installing treatment technologies in a single-family water service connection or a hotel or commercial entity that has its own water service and is taking water from a public utility.

The first option is to use ultraviolet light (UV) for disinfection. UV essentially gives the biofilm and the pathogens a deadly sunburn. You destroy their DNA that way, and it’s a very effective form of disinfection. The pros: It’s easy to buy, inexpensive, and easy to operate.

The cons: The bulbs do wear out and require annual replacement, and if you lose power, you lose your disinfection capability. So, there are some potential downsides to UV.

The pros: Chemicals are very inexpensive, have been around a long time, and are easy to use.

The cons: They are very harsh on equipment and on distribution and piping systems — especially in older facilities. They’re also messy, and there are some chemical byproducts that you have to deal with.

In my opinion, based upon everything that I know to date, including the experience I have as a professional engineer and looking at the existing conventional water treatment technologies, one of the most effective ways is to implement a filtration process is at the point of use, like nanofiltration or reverse osmosis (RO).

Why? Take something like the Legionella bacterium. It is not some ghost or spirit. It is an organism that has matter, size, and mass to it, and as a particle it can be removed from the water supply system coming to the end user.

That is what an RO treatment system does, and it is currently the most capable way of addressing these types of issues. It does an excellent job of removing bacteria and viral pathogens, and you take out the risk of their building up resistance.

Water distribution systems are laden with all sorts of other chemicals in trace amounts, and these things bioaccumulate in human tissue. So, on top of filtering and removing things like Legionella, Cryptosporidium, and Giardia, you also get the benefit of removing other problematic chemicals and compounds that are present in the drinking water systems that further impact human health.

Focus On The Hospitality Industry

Recently, I have experienced a great deal of understanding in the hospitality sector — hotels and resorts. They understand that when they are sourcing water from public drinking water systems, they need to implement this type of technology — not only to keep their customers safe, but also to help prevent liability and financial risk caused by any sort of outbreak. The benefits far outweigh any costs, and the peace of mind that RO treatment systems offer is priceless. You do not want to get onto front-page headlines for a deadly outbreak!

Another area that I have seen implementing RO filtration is the Department of State, such as in its U.S. embassy facilities and consulate facilities overseas. When the U.S. government takes its ambassadors and their staffs overseas, and they occupy an embassy facility in a foreign country, often they get their drinking water from the public water supplies of somewhere like London or New Delhi.

But when they go to far-flung places like somewhere in Sub- Saharan Africa or Southeast Asia, where the infrastructure is not there, they’ve got to do something. They still have drinking water systems in those places, but really, you are taking your life in your own hands. Mexico is a neighbor of ours, and that country is improving its infrastructure fast, but people still say “Don’t drink the water” when you go to Mexico. There is a reason they say that.

So, these same types of RO technologies are being deployed at that level to keep our ambassadors and officials safe everywhere they go. The versatility, reliability, and drop-in-place nature of RO treatment systems is ideal anywhere that the public drinking water infrastructure is failing its users.

Helping Put Power Into The Hands Of The End User

RO treatment systems have been commoditized. We can now install them at a house, a place of business, a hotel, a school, a nursing home, etc. We can help people take charge of their water and provide an enhanced level of treatment and protection so they don’t succumb to the ill effects of disease related to biofilms and waterborne pathogens.

If Legionella, Giardia, or Cryptosporidium is in the water supply system and can make its way around the main water supply treatment processes and to the customer, we have the ability to remove it before it ever touches their water glass.

That is why decentralized water technology, and in particular reverse osmosis, is my preferred method of solving the ever-present threat of a contaminated water supply. I believe taking the power away from the massive, failing infrastructure of the past and putting the power into the hands of the end user is the way of the future.

Daniel M. Early is the chief engineer at OriginClear, Inc., specializing in the R&D and deployment of next-generation water infrastructure technologies using heavy plastic manufacturing. His initiatives and innovations led to the granting of six patents issued in his name for various inventions related to these infrastructure products. He holds a BS in Civil Engineering from Virginia Polytechnic Institute & State University (Virginia Tech) and is licensed as a Professional Engineer in Virginia, North Carolina, West Virginia, Montana, Pennsylvania, Maryland, New Mexico, and North Dakota.