The Final Straw Against Water Pollution 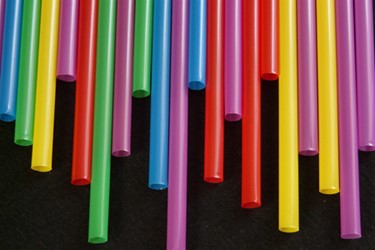 If I were asked to describe the makeup of the Water Online and Water Innovations audience, I could say it’s a mix of engineers and operators focusing on clean and/or wastewater processes within municipal or industrial settings. But that wouldn’t tell the whole story, because you are much more than that — and not because you are also regulators, researchers, policymakers, etc. What I mean to say is that your mission and passion as caretakers of our planet’s most valuable resource extend beyond any title or day job.

I witnessed that around-the-clock, no-borders commitment to protecting water in early October at the Water Environment Federation’s technical conference and exhibition (WEFTEC), the world’s largest annual event of its kind. While there was plenty of formal business getting done, I was most impressed by the amount of conversation around the business of providing safe, sustainable water for everyone — simply because it’s what the world needs.

A giveaway from Fluence, one of the many water treatment technology companies exhibiting, the steel straw promotes reuse (a popular word at WEFTEC) rather than waste. You might say it’s more effective as a gesture than for pollution prevention, but that underestimates the impact of awareness. While it’s true that plastic straws aren’t the biggest problem when it comes to ocean pollution or marine health — that would be plastic fishing nets — it is also true that they are very difficult to recycle, being of low structural integrity and that Americans use a lot of them. Even after a widely cited figure of 500 million used plastic straws per day was debunked, New York Times fact-checkers still reported that “Market research firms put the figure between 170 and 390 million per day, or 63 to 142 billion straws per year.” In other words, still quite a few.

Instead of joining the backlash that followed the unscientific estimate originally arrived at by a well-meaning 9-year-old (side note: Why did journalists run with this figure in the first place?), let’s focus on microplastics. As plastic straws (slowly) degrade, they fall into this classification of plastics that are 5 millimeters or smaller and can be easily consumed by marine life.

As Scientific American noted, “Ingested microplastic particles can physically damage organs and leach hazardous chemicals — from the hormone-disrupting bisphenol A [BPA] to pesticides — that can compromise immune function and stymie growth and reproduction. Both microplastics and these chemicals may accumulate up the food chain, potentially impacting whole ecosystems, including the health of soils in which we grow our food. Microplastics in the water we drink and the air we breathe can also hit humans directly.”

If any of that is news to you, it comes courtesy of that stainless steel straw passed to me at WEFTEC. That’s the viral nature of awareness, which has the power to effect change and spread exponentially. It may also spur ideas on how to bring awareness in other ways to other water issues.

You might think that straws or ocean pollution are beyond the scope of interest for this publication and our audience — a valid point, perhaps, with respect to core operations. But, again, we are much more than our job descriptions. We are ambassadors for water throughout the day, every day.

Personally, I use my shiny new drinking prop all the time. I decided it was the last straw for me, and I only hope that people will notice it and ask me why.