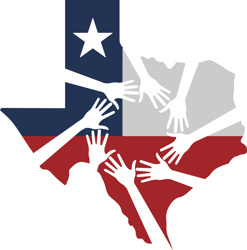 After recent storm devastation with the promise of more on the horizon, major legislative funding has empowered regional groups throughout the Lone Star State to band together and develop a comprehensive solution to future stormwater inundation.

“The devastating impact of Hurricane Harvey on the Gulf Coast in 2017 has triggered an unprecedented effort to prevent the same damage from happening again in communities across Texas,” according to the Fort Worth Star-Telegram. “Thanks to the passage of a $1.7 billion flood control bill during the 2019 legislative session, 15 regional groups have begun developing Texas’ first-ever statewide flood plan.”

At this phase, the groups are identifying the risks that ongoing climate change and the increased likelihood of massive stormwater swells bring and working to identify specific goals for how officials can address them.

Like many other regions around the country, Tarrant County, which hosts Fort Worth, expect its growing population and development to come into direct conflict with the increased likelihood of stormwater flooding.

“Investments in stormwater infrastructure and the pursuit of more state funding for flood prevention projects will likely be included [in regional plans],” per the Star-Telegram. “The rapid growth in Tarrant County and the accompanying sprawl of concrete that cannot absorb water and can exacerbate flooding problems is also on [officials’] radar.”

Though this comprehensive effort to identity and address flooding risks is unprecedented, Texas does have experience with pervasive water issues. It’s just that the state usually deals with a lack of source water, not the sudden appearance of too much.

“While this type of long-term planning is the norm for ensuring that Texas cities have an adequate water supply, this is the first time the same rigor is being applied to flood planning and mapping,” the Star-Telegram reported. “That’s a significant demonstration of the state’s commitment to addressing the complexity of flooding issues.”

Texas will not be alone as a victim of increased storm surge and stormwater flooding. If such a large and diverse state can find a way to coordinate around solutions, perhaps it will establish a model for other regions around the nation to follow.

To learn more about how communities across the U.S. plan for flood mitigation, visit Water Online’s Stormwater Management Solutions Center.