Technologies That Can Achieve Water And Sanitation For All 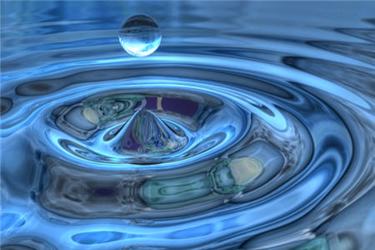 A staggering four billion people — two-thirds of the world’s population — experience water scarcity each year, and more than half lack access to safe sanitation services. The severity of this global water crisis will only increase as populations continue to rapidly grow, industries exhaust shared resources and extreme weather events exacerbate shortages. If we don’t act urgently, 700 million people could be displaced by intense water scarcity in just a few short years.

This World Water Day, the United Nations spotlighted its Sustainable Development Goal (SDG) 6: water and sanitation for all by 2030, through the theme “valuing water.”

How can we safeguard our most precious resource while simultaneously achieving water for all? The answer is simple: technology. Through cutting-edge advancements in water reclamation, desalination and many other technologies, water stressed regions can now invest in cost-effective, sustainable water and sanitation solutions.

While we acknowledge the amount of work still to be done, World Water Day is also a time to celebrate how far we’ve come and highlight some of the achievements we’ve made thus far in water conservation, preservation and sanitation technologies. Below are just three of the many unique technological advancements empowering water-scarce regions with control and value of their water supply.

Cost-Effective “Plant In A Box” Desalination

Despite the fact that nearly 40 percent of the world’s population lives within 60 miles of a coastline, only 1 percent of the world’s drinking water comes from desalinated sea and brackish water. So why aren’t more water scarce countries tapping into this abundant supply? While desalination is an excellent option for preserving groundwater supply and producing drinking water on a large-scale, traditional technologies can be costly and energy intensive. However, several advancements have been made, or are in the works, to significantly reduce the cost and carbon footprint of desalination — from graphene-based filters and pervaporation, to solar energy and containerized plants.

The latter of these low-cost options, containerized reverse osmosis plants, serve as end-to-end “plants in a box.” This smaller desalination technology greatly reduces energy consumption and can operate with fairly low amount of chemicals, with some solutions providing up to 20,000m3/day. For smaller countries or communities that may not be able to invest in larger, costlier desalination plants, this is an affordable, easily transportable and eco-friendly solution.

A third of the world’s biggest groundwater systems are already in distress, meaning water stressed countries will soon have little choice but to rely on water reuse as their primary water supply. As more countries turn to wastewater as a source for fresh drinking water, it’s critical that they use systems that will produce the cleanest, safest water possible. This means using reverse osmosis processes that eliminate the need for potential contaminants such as chloramine.

Conventional water reuse systems typically include chloramine as a means to control biofouling. However, chloramine is a precursor to the formation of N-nitrosodimethylamine
(NDMA) — a dangerous organic contaminant and suspected carcinogen and to the formation of other disinfection by products, such as trihalomethanes (THM). Fortunately, certain reverse osmosis technologies can now fully operate without chloramine or other contaminants. Instead of chloramine dosage to control biofouling, reverse osmosis membranes can be operated and maintained by altering the osmotic and hydraulic conditions in the pressure vessel which makes the conditions unfavorable for biofilms proliferation.

For all the good that desalination provides, it doesn’t come without its drawbacks. Its main byproduct, brine, can harm the environment if not properly discharged and in some cases, there is not access to a place that can accept the brine (usually the ocean). Increasing regulatory pressure, environmental awareness and more, larger membrane desalination plants are driving the need for better brine minimization — one of the greatest challenges currently facing the water treatment sector.

Luckily, desalination technology has evolved so rapidly in such a short period of time, making plants more efficient and environmentally friendly than ever before. Some companies have figured out ways to convert concentrated brine into useful chemicals such as sodium hydroxide, while others have drastically minimized the byproduct through achievements in reverse osmosis technology.

It is critical that industry applications in particular, which globally account for nearly 20 percent of total water withdrawals, adopt brine minimization technologies to recycle and reuse as much water as possible.

Cultivating A Sustainable Future For All

If we continue depleting our freshwater supply at the current rate, we will soon run out of water. That is, unless we turn to sustainable desalination and water reuse solutions. Israel serves as the ideal case study for how water treatment technologies can single-handedly raise a drought-ridden country out of its water crisis and transform it into a completely stable, self-sufficient water producer and consumer. Today, up to 75 percent of the country’s household drinking water comes from desalination and after its initial usage is almost totally reused again for agricultural irrigation.

Unfortunately, most developing countries are unable to follow in Israel’s footsteps, as an absence of resources and expertise prevent widespread adoption of the technologies. This means far more needs to be done to lower the cost and increase accessibility to these technologies. But how?

As the technologies outlined demonstrate, we have the knowledge and capacity to create fully water independent countries. We need to encourage collaboration and planning between governments, operators and international organizations to make thee accessible to every water scarce region. Only then can we make strides toward the UN’s goal of water and sanitation for all — through technology and working together.

Lior Eshed graduated from Technion - Israel Institute of Technology, with BSc and MSc degrees in environmental engineering. He started at IDE Technologies in 2015 as a process engineer and was soon promoted to team leader and member of the R&D team, where he focuses primarily on advanced reuse technologies. Currently, Lior is in charge of new products development at IDE and is an inventor of various patents in the field of water treatment.