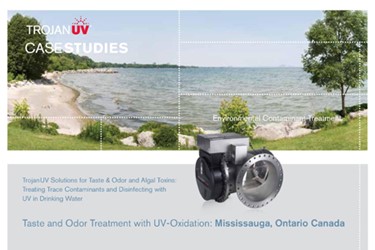 The Regional Municipality of Peel is located in Southwestern Ontario, Canada and is the second largest Canadian municipality after the city of Toronto. The Peel Region includes the cities of Brampton, Mississauga, and Caledon which are located in the Greater Toronto Area (GTA) and is home to nearly 1,160,000 residents.

The Region of Peel draws its drinking water from Lake Ontario, which is the smallest of the five Great Lakes. To meet the projected population increase from 1,160,000 people currently to an estimated 1,571,000 people in 2031, the Region decided to upgrade and expand its Lorne Park Water Treatment Plant (originally built in 1975).

To deal with seasonal taste and odor compounds produced by algae blooms in Lake Ontario, the membrane plant will be equipped with a Trojan UV-Oxidation system.