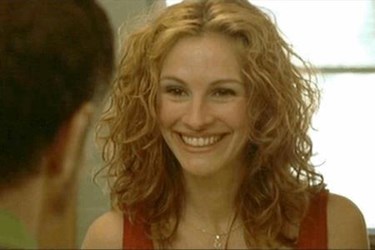 Last month, I attended a municipal open house that was held just a few miles from the Water Online offices. Hundreds of residents from the Pennsylvania townships of Horsham, Warrington, and Warminster were in attendance, as well as TV news from nearby Philadelphia, seeking information and maybe peace of mind (none was to be had) regarding the issue of PFCs in the water supply. It's a topic we covered on Water Online, but it isn’t the focus of this article. No, this is much lighter.

I mention the above because the scene — police directing lines of traffic outside, a mass of people inside, pickets dotting the air, angry citizens with fingers raised at authorities — reminded me of something from a movie. Then Erin Brockovich took up the case. It seemed surreal, if only because I conjured an image of Julia Roberts working angles at the Horsham municipal building.

Unfortunately, the situation here is all too real, involving the real Erin Brockovich (a very serious water quality advocate). Nonetheless, it triggered thoughts of Hollywood's take on water issues. Just how many movies have featured water as the central theme?

I came up with five, adhering to a standard of verisimilitude — the appearance of being true or real (i.e., not Costner's Waterworld). They also happen to be quite good, if you have yet to see them.

By release date, starting with the most recent…

Promised Land (2012) – No stranger to water issues in real life, Matt Damon plays the fictional role of Steve Butler, an employee of Global Crosspower Solutions sent to Western Pennsylvania to buy up farmland for hydraulic fracturing. When confronted with claims of water contamination — tap water catching fire and such — he must reexamine his position.

Erin Brockovich (2000) – The aforementioned Julia Roberts plays Erin Brockovich, an unemployed single mother who ties a slew of sicknesses in the town of Hinkley, CA, to hexavalent chromium contamination of groundwater and the bad practices of Pacific Gas and Electric. Despite having no legal training, Brockovich leads the charge for justice, restitution, and clean water.

A Civil Action (1998) – Based on true events, the film was adapted from the 1995 book of the same name and stars John Travolta as attorney Jan Schlichtmann. It tells the story of a 1980s lawsuit brought against W. R. Grace and Beatrice Co. charging that the chemical conglomerate was contaminating drinking water and responsible for a cancer cluster in in the town of Woburn, MA.

Chinatown (1974) – A true classic, Chinatown features Jack Nicholson as a private investigator hired by a woman (Faye Dunaway) to look in on her husband, but he winds up with something more — as Roger Ebert put it, “a complicated scheme to float a bond issue and build a dam to steal water from Los Angeles, in a time of drought.” Made more than 40 years ago, the storyline still resonates.

The Grapes Of Wrath (1940) – Even more classic, if only for being older, starring Henry Fonda, and based on John Steinbeck’s Pulitzer Prize-winning novel, the John Ford-directed film is another story of Western drought, portraying the tribulations of the Joad family during the Dust Bowl of the 1930s. The Joads are “Okies” who have trekked from Oklahoma to California in search of a better life, but find that the inextricably-linked impact of drought, crop loss, and economic collapse casts a long shadow.

The water issues examined in each of these films, even the old classics, are reflected in small or large part every day, in real life. Only the particularly bad issues inspire movies (hopefully, the Horsham story won’t develop into one), so perhaps it’s better that I came up with only five. If you’re so inclined, share your take on movies about water in the comments section below.