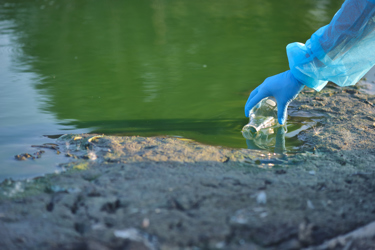 Federal legislators are still coming to grips with a class of drinking water contaminants that has long been top of mind for treatment operations around the country — one that has just been found at tens of thousands of additional sites throughout the U.S.

“Toxic chemicals known as PFAS exist in almost 42,000 sites around the U.S.,” The Hill reported. “The research published … found tens of thousands of potential point sources for per- and polyfluoroalkyl substances contamination around the country… They found numerous previously known PFAS sites in samples of water downstream from manufacturing facilities.”

PFAS are colloquially known as “forever chemicals,” because of their long-lasting presence in the environment, and have been tied to acute health issues in those who consume them through drinking water sources. Their presence has been tied to a range of industrial wastewater operations, military-grade firefighting foam, and other sources.

Drinking water treatment facilities have been aware of these contaminants’ presence for years, and some states have introduced measures to strictly regulate their presence in drinking water, but no federal agency has yet introduced a measure to do likewise. But these state-level efforts have shown some promise and it’s possible that, along with increasing revelations around PFAS’s prevalence, federal agencies will soon take additional action.

“Additional treatment, widespread testing, and a more robust permitting apparatus have led to major reductions in PFAS levels in Michigan, demonstrating the need for such an approach nationwide,” according to The Hill. “At the federal level … steps taken by the Biden Environmental Protection Agency (EPA) are encouraging.”

But many environmental groups are quick to criticize a lack of federal action on PFAS, bolstered by this latest revelation that they are even more widespread than previously known.

“PFAS pollution affects all communities, from the affluent to those near fence lines of industrial facilities,” the Environmental Working Group (EWG) wrote, following this latest study. “More work is urgently needed to identify areas where residents might face greater health risks from contaminated water.”

Some clues about forthcoming regulatory action on PFAS from the U.S. EPA were found in a slideshow uncovered through a Freedom Of Information Act request in subsequent reporting by The Hill.

“Asked about the slides, an EPA spokesperson said the agency would be releasing its roadmap for PFAS soon and that it would provide a comprehensive strategy for addressing pollution in communities across the U.S.,” per The Hill. “Two of the EPA’s planned objectives, according to the slides, include establishing voluntary programs to control PFAS use and identifying federal actions and partnerships.”