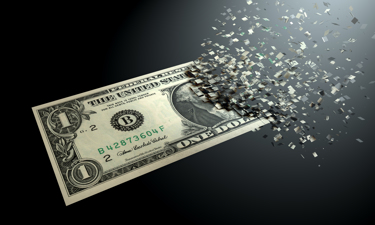 Serving in the epicenter of a drinking water crisis that has only grown worse in recent months, California’s drinking water utilities face an even more dire future. And according to recent estimates, their bottom lines will inevitably be impacted.

California drinking water utilities are no strangers to drought conditions. In the past, they have made the financial picture work by increasing the fixed component of their rate structures, making investments in water storage, and raising rates overall. But with current drought conditions projected to get even worse, the near future may be unlike anything they’ve endured in the past.

“California’s reservoirs are so dry from a historic drought that regulators warned … it’s possible the state’s water agencies won’t get anything from them next year, a frightening possibility that could force mandatory restrictions for residents,” the Associated Press reported. “Department of Water Resources Director Karla Nemeth said the agency is preparing for what would be its first ever 0% allocation because of extraordinarily dry conditions.”

But even with drought predictions growing worse for California, it is hard to imagine that officials would allow financial issues to bar drinking water utilities from providing effluent to residents. Still, it is clear that the state will need to be financially and technologically creative as source water dries up.

“Governor Gavin Newsom recently announced a $15B climate package, which includes $5.2B over three years for water and drought resilience,” Fitch Ratings reported. “Funds may be spent on projects to secure and expand water supplies and support water and wastewater infrastructure, and should bolster utilities’ financial resources and ability to address drought preparedness.”