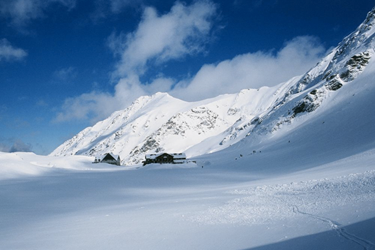 After years of water policy litigation between the Hopi Tribe and the City of Flagstaff, AZ, a new water treatment facility may resolve the fight.

But the Hopi tribal council unanimously approved a resolution supporting a brand new earthen filtration system in February, according to the Arizona Daily Sun. The agreement over this system could “end a lawsuit the Hopi Tribe filed against the city in 2011 in which it called the city’s sale of reclaimed wastewater to Arizona Snowbowl... a public nuisance,” the Daily Sun previously reported.

A mix of “cultural considerations and science” went into the design of the system, according to the Daily Sun. “The system would further treat an average of 1.5 million gallons of reclaimed water per day before it is delivered to Arizona Snowbowl for use on the ski slopes during the winter.”

Clocking in at $1.6 million, the new system would include two major parts.

“First, water will flow through a vault with steel vessels containing one or possibly two common and widely used water treatment materials. It would then percolate through a sloped chamber of gravel and rock. Finally, it may need to be rechlorinated before being pumped through a 15-mile pipeline,” the report said.

The Daily Sun provided a close-up on how the treatment system will work:

Granular activated carbon was tested by the city and was found to effectively reduce contaminants of emerging concern levels. It may be used in the final treatment system as well. Phosphorous and nitrogen were specifically targeted in the treatment system planning because tribal members are concerned that the current concentrations of those elements in Flagstaff’s reclaimed water are impacting native plants important to the tribe.

The proposed plan attempts to consider cultural factors important to the Hopi Tribe. In some cases, these principles meshed well with water treatment needs, the report said:

The inclusion of an underground water filtration component that uses earthen materials was important to the tribe for cultural reasons. Monica Nuvamsa, executive director of the Hopi Foundation, explained that the process of water percolating through the Earth carries historical significance for tribal members. Many Hopi villages have been dependent for centuries on springs flowing from Black Mesa, she said. That spring water, purified as it travels through underground geological layers, has long been an important part of the Hopi culture, Nuvamsa said. She pointed to annual ceremonies and cultural activities that focus on cleaning water catchment areas at the base of springs. In the utility world, percolation through gravel and rock also is a common principle behind various water and wastewater treatment systems, Arizona Department of Environmental Quality spokeswoman Caroline Oppleman wrote in an email.

Still, concerns remain about the effectiveness of the new system. Critics raised questions about how useful the earthen filtration system will be.

“Members of the Flagstaff Water Group are pressing for the city to instead consider installing a system that would better treat all reclaimed water instead of only what goes to Snowbowl. [One member] is advocating for advanced oxidation treatment that uses hydrogen peroxide and ozone to break down organic substances,” the report said.