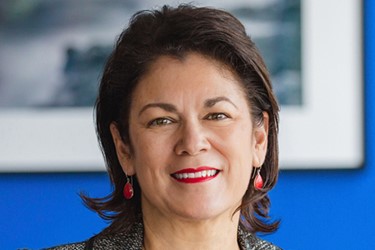 The UN’s Sustainable Development Goals (SDGs) have shined new light on steps that must be taken to safeguard our world’s critical resources. Addressing everything that impacts the health and economic growth of communities, the SDGs embed sustainability in the global consciousness and offer nations a roadmap for tackling the key challenges of our time.

As we celebrate World Water Day 2019, we can’t help but focus on SDG No. 6: ensuring safe and plentiful water, along with the sustainable means to treat that supply for everyone — regardless of their place in the developed or developing world. SDG No. 6 is either directly or indirectly linked to all other SDGs.

As outlined in a review of the goal’s progress, water scarcity, flooding, and lack of proper wastewater management hinder social and economic development. Increasing water efficiency and improving water management are critical in the effort to balance competing and growing water demands from various sectors and users.

The question, from many different angles, is, how do we do it?

The problems — and solutions — are as varied as the geographies where they occur and the communities they serve.

Most people outside of California don’t realize the state’s arid climate. Frequent drought cycles have made water an ever more critical resource, especially in Southern California.

That’s where officials with the Orange County Water District worked to expand their Groundwater Replenishment System (GWRS), which has made the world’s largest advanced water purification system for potable reuse even bigger in a region where supply is an acute and everyday challenge.

Just over 10 years ago, treated wastewater effluent from the Orange County Sanitation District (OCSD) was discharged into the Pacific Ocean. Today, after wastewater is treated, it flows back into the system at the GWRS. Here, the treated wastewater undergoes an extensive purification process consisting of microfiltration, reverse osmosis, and advanced oxidation using hydrogen peroxide and ultraviolet light.

The end product is currently 100 MGD of water that exceeds all state and federal drinking water standards, enough to meet the needs of nearly 850,000 residents in north and central Orange County — proving that finding new ways to safely use what we already have is the ultimate definition of sustainability and resilience. The final expansion of the GWRS, expected to be complete in 2023, will boost its capacity to 130 MGD.

In Singapore, where water catchment areas are limited due to lack of land space, its National Water Agency, PUB, undertakes the responsibility to collect every drop of rain water, reuse water endlessly, and desalinate seawater.

Water demand in Singapore is currently about 430 MGD. By 2060, its total water demand is projected to double. NEWater and desalination are integral to Singapore’s water strategy to meet future water demand.

To ensure water sustainability, PUB has been strengthening its water reuse capabilities. Today, it has five water reclamation facilities. The NEWater plants allow used water, which would otherwise be lost to the sea, to be treated and reused as process water by local industry. Its three-stage process is one of the most efficient ways to recycle used water, and has a recovery rate of 75 percent, although the goal is a sustainable 90 percent rate. NEWater production also requires significantly less energy than seawater desalination.

Happy Valley, located in the Wan Chai District of Hong Kong, is a cultural, economic, and entertainment center. Despite its metropolitan development, the area is prone to flooding as it is located at low-lying ground near the Victoria Harbor. The Happy Valley Racecourse, one of Hong Kong’s most popular attractions, was submerged under nearly three feet of stormwater during a severe rainfall event in 2008.

Instead of throwing more drains at the problematic spots, leaders understood such a strategy would not effectively reduce flooding risks because the downstream drains adjacent to the sea would have already been submerged by seawater at high tide, thus reducing the flood protection efficiency.

Engineers set out to implement a pioneering underground storage scheme, comprising a large underground tank to store stormwater runoff for reduction of flooding risk during severe rainfall events. The strategy included an integrated 1D network, 2D overland flow, and 3D computational fluid dynamics models.  There is also a network of sensors capturing tidal level in Victoria Harbor and water levels at several strategic locations, including the storage tank and the upstream and downstream of the drainage culvert.

During heavy rain, water level rises and SCADA sensors would trigger the adjustable weir system in which excess runoff would enter the storage tank. After the rainfall event when the water level in the culvert drops, the adjustable weirs would be lowered to drain out part of the stored stormwater to the downstream drainage network by gravity.  The remaining stormwater in the tank will then be drained out by pumping.

The solution prevents serious disruption to the nearby racecourse and recreational grounds, as well as to traffic along the surrounding roads.

From the Atlantic seaboard to the Gulf Coast, images of a bucolic ocean lifestyle hide a stormy reality. Take Charleston, SC, for instance: Perched on a harbor inlet of the Atlantic Ocean, locals enjoy the temperate conditions common to southern climes, yet they wrestle with the wet-weather consequences of life by the sea.

Statistics revealed by city leaders recently showed that by 2040, Charleston’s water conveyance systems will be impacted by elevated waters on 180 days of each year — a stark data point for an exposed city already coping with a rising sea. Respecting and understanding the threat, city leaders began a massive large-diameter tunneling project to increase stormwater management capacity. In Houston, where Hurricane Harvey besieged residents in 2017, officials announced a feasibility study to determine whether a large-scale tunneling system could help it cope with future storms.

The city of Miami, Miami Beach, Broward County, Miami-Dade County, and Palm Beach County all have CROs. After Superstorm Sandy battered New York City in 2012, the city created the Mayor’s Office of Recovery and Resiliency, which has aggressively pursued projects aimed at shielding Manhattan from the effects of major storms and climate change.

The safe disposal of municipal wastewater is vital to preserving the environment and protecting the health of communities. As previously discussed, wastewater can be treated and safely reused for potable and non-potable applications. But are there other ways in which we can turn wastewater from a “waste” into a valuable, renewable resource?

Yorkshire Water is one of many UK water utilities making investments to unlock wastewater’s power generation potential. At Knostrop Wastewater Treatment Works, in the northern city of Leeds, Yorkshire Water is spending £72 million on an upgrade project that will enable the works to meet 55 percent of its own electricity needs — equivalent of providing power to 8,000 homes — through advanced wastewater treatment.

Sludge, a byproduct of the sewage treatment process, is the main source of biogas. At Knostrop, a new state-of the-art sludge treatment and anaerobic digestion facility are at the heart of the drive to unlock what the utility refers to as “poo-power.”

The new treatment process will have other environmental benefits, in addition to generating renewable energy. The site’s carbon emissions will be reduced by 15 percent, and 94 percent of Leeds’ sewage sludge will be safely recycled.

Looking ahead, the design of the new treatment process has used the limited space available efficiently to allow for future expansion. In the present, the efficient design also ensures that the operation and maintenance of the new equipment is not compromised. This has been enabled, in part, by the innovative use of new digital technologies to create intelligent piping and instrumentation diagrams — iP&IDs. Knostrop is one of the first water projects to benefit from iP&IDs.

The Interconnectedness Of Sustainability

Securing our water supply is a high calling on its own, but what happens when we draw new connections?

Let’s start at the intersection of water and energy: Black & Veatch recently began exploring how the installation of large-scale floating solar panels could help reduce water loss, suppress algae growth, and minimize erosion. Preliminary results at one site in Asia indicate water loss through evaporation can be reduced by as much as 70 percent, a critical benefit in water-scarce regions relying on surface water reservoirs.

Water can return the favor: A 2018 report by the National Renewable Energy Laboratory (NREL) concluded that solar projects placed at reservoirs in the U.S. would have the potential to meet as much as 10 percent of the nation’s energy supply while saving millions of acres of land.

Thinking holistically — how water, power, and all resources are connected — can unlock a wealth of engineering innovation, provided we are open to the possibilities.

Accounting For The Human Element

The water industry is at a turning point. Utilities recognize the power in making their operations more efficient through strategies that maximize data, manage assets, and more effectively engage with customers — all while doing more with less. A new water economy is encouraging modern tools and efficient technologies to address old problems of resource and cost.

But something else is stirring.

The human element, which has always been at the center of the engineering solutions that safeguard our water supply, is coming into even sharper focus. Solutions account not just for the hard work of moving and treating water itself, but also for human impact and benefit. How do these solutions integrate, supplement — and, whenever possible, complement — our communities and way of life?

That is the mandate of World Water Day, and indeed, every day.

Cindy Wallis-Lage is President of Black & Veatch’s water business, leading the company’s efforts to address billions of dollars in water infrastructure needs around the world. Wallis-Lage joined the company in 1986 and has provided leadership and project expertise to more than 100 municipal and industrial facilities throughout North America, South America, the United Kingdom, Asia Pacific, and India. Wallis-Lage joined the Black & Veatch Board of Directors in 2012. A licensed professional engineer, she earned a Bachelor of Science in Civil Engineering from Kansas State University in 1985 and her Master of Science in Environmental Health Engineering from the University of Kansas.