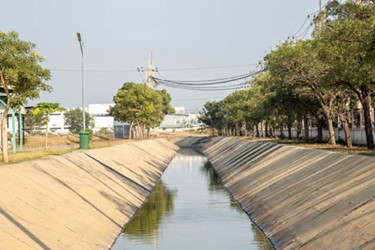 With so much focus — and success — in getting drinking water and wastewater to historically low constituent levels, it may be surprising to learn that stormwater is an increasing source of pollution in the U.S. While the health of our streams and watersheds are vastly improved from pre-1972 (pre-Clean Water Act) years, the overall progress has been impeded by more heavily polluted stormwater.

Less surprising is the fact that U.S. municipalities don’t exactly have the money to pay for the MS4 program improvements necessary to solve both current and impending issues. Where these programs currently stand is reflected in the Stormwater Institute’s National Municipal Separate Storm Sewer System (MS4) Needs Assessment Survey Results, issued in May 2019, revealing gaps aplenty.

Among Phase II MS4 permittees — representing 65 percent of the 622 survey respondents, as well as the bulk of MS4s throughout the U.S. (numbering 6,695, according to the EPA, compared to ~855 Phase I MS4s) — “lack of funding or availability of capital” was the top challenge, with 64 percent of the group citing a shortfall. Meanwhile, SWI notes in the report that “an estimated third or less of all regulated entities have a dedicated source of revenue to manage their stormwater concerns.” It is noteworthy, if not directly telling, that approximately two-thirds of Phase II survey respondents are struggling financially while roughly two-thirds of all MS4s lack dedicated funds.

As part of their survey report, SWI extrapolated from the respondents’ data how much money should be dedicated to stormwater — the first-ever such analysis — to fill the needs gap, and the price tag amounted to $7.5 billion per year.

What Would It Pay For?

Aging infrastructure ranked alongside funding as a leading challenge for survey participants, so the repair, replacement, and expansion of infrastructure are obvious starting points. Expansion, as well as investments related to new strategy development, will be especially important going forward. The “100-year storm” has lately become a misnomer, as extreme storms and floods now occur with much greater frequency — and in line with warming temperatures. This problem of tremendous volume is amplified by the projection, per SWI’s report, that nearly 70 percent of the population will be concentrated in urban areas by 2050, putting even more pressure on MS4s. Along with systems capable of handling the oncoming deluge, areas of need that can support MS4s under this new paradigm include public education and outreach, green infrastructure solutions, innovative best management practices, and robust asset management programs with a focus on resiliency.

After funding and aging infrastructure, the ranking of most pertinent challenges sounded more like a list of frustrations. Increasing or expanding regulations were a worry for 57 percent and 58 percent of Phase I and Phase II MS4s, respectively, followed by lack of public awareness and support, unclear federal/state requirements, lack of political support for the program, and lack of cross-departmental coordination. These are gaps that can be bridged to a large extent with better resources and communication.

The bridge to the future — i.e., the hiring and training of the next generation of workers — is another industry anxiety, but survey respondents had less angst about this transition compared to other concerns. Aging workforce, lack of technical expertise, and lack of information/training on best practices were cited as challenges by less than 25 percent of both Phase I and Phase II respondents.

Preparation should be a priority, however, because stormwater can be blindsiding. Understanding the scale of annual funding needs is a vital step in preparing for the storms to come. Kudos to WEF and the Stormwater Institute for undertaking the effort, even if, as their report states, “There is reason to believe the [$7.5 billion] estimate is conservative.”

While it may be underestimated, it should not be overlooked.