Reuse To The Rescue: Recycling Municipal And Industrial Wastewater For A Sustainable Future 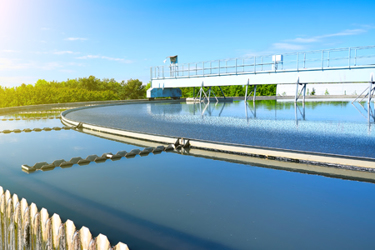 In recent years, limited water resources combined with the growing demand for freshwater, rapidly changing weather patterns, and environmental concerns have spearheaded water reuse as a leading solution in the battle to secure water resilience.

What Is Water Reuse?

Also known as water recycling or reclaimed water, water reuse is the process of capturing wastewater, stormwater, saltwater, or graywater and treating it as needed for purposes such as domestic consumption, industrial processes, surface or groundwater replenishment, and watershed restoration. The term municipal wastewater reuse commonly relates to the process of tertiary treatment followed by desalination, which produces potable water from wastewater at a fraction of the cost of seawater desalination.

Across the globe, communities and businesses are investing in water reuse to ensure that residents have safe drinking water supplies, industries can utilize water to enable ongoing operation and create jobs, farmers have water to grow food, our environment is protected, and our economic future remains secure.

Water reuse is a proven method to improve water resilience by supporting a broad water portfolio. In recent years, a growing number of countries are incorporating water reuse into their water management strategies to ensure a drought-proof, safe, reliable, locally controlled water supply.

According to a recent survey by the water-market intelligence firm Bluefield Research, the reuse market stands at $1.8 billion and is expected to grow 27 percent by 2027. In the U.S. alone, the volume of produced recycled water is projected to increase from 4.8 billion gallons per day (BGD) to 6.6 BGD by 2027, marking a staggering increase of 37 percent.

Overall, a growing trend in water reuse is evident in the United States. According to Bluefield Research, 39 of 50 U.S. states currently have reuse regulations or guidelines, with three more in the process of adopting regulations. Florida, the leading state for installed water reuse capacity, is considered a largely mature market, whereas California, the South, and the Midwest represent the greatest opportunity for near-term growth, especially regarding industrial reuse opportunities.

Although California isn’t as reuse-ready as Florida just yet, it does have a close relationship with water recycling that started long ago. Beginning with the first use of recycled water for landscape irrigation 100 years ago, agencies across California have continued to innovate and improve the process to treat and beneficially reuse their wastewater. Today, recycled water supplies offset approximately 9 percent of the state’s urban water demands, and agricultural reuse provides reliable water supplies for farmers throughout the state.

Increased use of recycled water provides a steady, long-term water supply source and helps to increase drought resilience in regions throughout California. In addition, water reuse plays a strategic role in environmental protection in the state. By safely and effectively reusing water for potable, industrial, and agricultural purposes, many areas of California are able to reduce current and future reliance on environmentally stressed imported water sources.

This integrated water-management approach maximizes the efficiency of each source, addresses the water-intensive needs of local industries, and serves the growing awareness of global issues such as climate change, increasing droughts, expanding urbanization, and the rising cost of energy.

Neighboring countries have also implemented similar plans of action to establish water stability, drawing inspiration and principles from the Singaporean model. The premise was simple — four main strategies that include natural and artificial water sources, when intertwined, are designed to solidify the nation’s resilience against frequent natural disasters and seasonal water scarcity.

As to the industrial water landscape, some of the top Far- Eastern industrial sectors, led by the semiconductors industry, are extremely water-intensive in their day-to-day operations. To add to the challenge, industrial facilities are typically located in populated areas and compete for the use of the same natural freshwater sources.

The ability to produce substantial quantities of high-quality water, while maintaining minimal environmental impact and adhering to the strictest discharge regulations, has led the Far- Eastern water-reuse market to gain serious momentum in recent years. 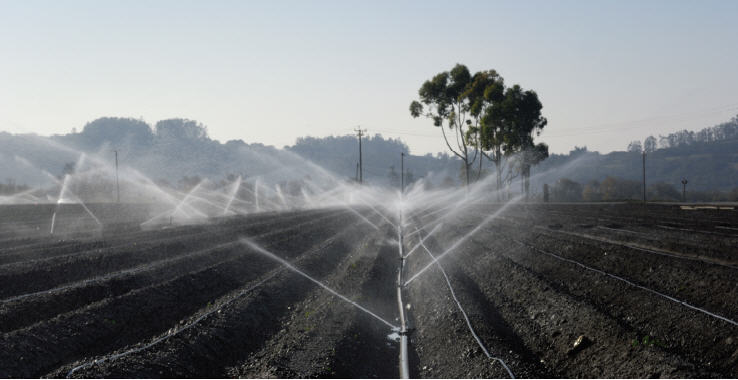 In 2015, approximately 360 million cubic meters (m) per year of recycled water were used for agricultural irrigation in California, representing 31 percent of the total amount of recycled water used in the state.

One of the biggest contributors to the changing views on water reuse is the formal recognition of its importance in recent years by entities such as the United Nations. The 2017 “World Water Development Report,”2 for example, focused on wastewater as a safe and sustainable water resource, while successful case studies of water reuse have expanded its frontier from agricultural irrigation and limited urban uses to a variety of applications, including potable reuse.

What are IPR and DPR, and what is the difference between them?

These two potable-water-reuse options are currently gaining prevalence: direct potable reuse (DPR) and indirect potable reuse (IPR). In the case of IPR, treated wastewater is released into groundwater or surface water sources and, later on, reclaimed and treated to meet potable water standards. In the case of DPR, purified water created from treated wastewater is introduced directly into a municipal water supply system, without an environmental “buffer” of any kind.

After decades of IPR applications, a combination of improved effluent water quality, advanced treatment technologies, and increasing demand for water supplies has finally sparked the interest in DPR. While states such as California, Arizona, New Mexico, Texas, and Oklahoma are actively moving toward the adoption of DPR, other states prohibit DPR use and employ IPR methods exclusively.

Because of that, despite a noticeable trend and an overall readiness to employ reuse applications, the U.S. remains slightly behind countries such as Singapore when it comes to widespread deployment of DPR. This is mainly due to tighter regulation as well as an overall public concern regarding the potential health hazards of DPR, when not performed with meticulous care.

While there is no reliable epidemiological evidence3 that the use of reclaimed water for any of its applications has caused a disease outbreak in the U.S., the potential transmission of infectious disease by pathogenic organisms and the release of organic contaminants remain the principal public concerns regarding DPR. These concerns, however, are fairly ungrounded in developed countries, where dozens of tightly regulated DPR facilities produce high-quality potable water while adhering to the strictest health standards.

In most cases, water scarcity, increased awareness of Corporate Social Responsibility (CSR), and the need to reduce costs by maximizing water recovery play major roles. Some industries, however, still hesitate to adopt reuse solutions on a wide scale.

Electricity utilities are challenged by a competitive use of water in water-scarce regions and therefore need to rely on alternative water sources. Water-use applications in electricity utilities include cooling tower make-up, boiler feed, environmental control, sanitation, irrigation of landscape, and environmental stewardship. The day-to-day operation of a thermoelectric power plant, for example, is especially water-intensive and requires a large quantity of freshwater to sustain its activities.

To address this pressing need for water in such large quantities without exhausting freshwater supplies or competing with municipalities over local water resources, reused municipal wastewater can offer a feasible alternative water supply for the power sector.

Degraded or non-traditional water supplies are constantly being considered by the power sector to offset water consumption. However, although reclaimed wastewater seems to be an obvious choice due to its easy accessibility and unlimited availability, Bluefield Research reports that only 60 of 5,000 power plants across 16 states in the U.S. currently use municipal reclaimed water.

One of these rare examples for a reuse-centric plant is Palo Verde, the largest power generator in the U.S., with a total output of 4,030 net MW, which meets the electricity needs of approximately four million people around the clock. Because of its desert location, Palo Verde is the only nuclear power facility that uses 100 percent reclaimed water for cooling. Unlike other nuclear plants, the Palo Verde Water Reclamation Facility (WRF) maintains zero discharge, meaning no wastewater is released to rivers, streams, or oceans.

On one hand, a smart reuse-management plan helps facilities:

On another hand, properly managed reuse requires knowledge, financial investment, and, understandably, modification of current operations for both DPR and IPR applications. Weighing the pros against the cons, implementing a reuse-management plan often proves to be the most sustainable, resource-efficient, cost-effective, and environmentally oriented alternative.

Evolving regulation that supports rapid reuse-market growth and encouragement at the legislative level are also key factors contributing to market readiness. Therefore, despite minimal pushback, all predictions indicate a much broader adoption of water-reuse-management plans in industrial facilities across the globe.

From Drain To Drink — Water Reuse For Potable Water Applications

Reclaimed water has proven to be more sustainable and cost-effective than developing alternative supplies:

Taking Conventional Water Reuse To The Next Level

Standard water reuse usually includes ultrafiltration (UF), reverse osmosis (RO), and ultraviolet advanced oxidation process (UV/ AOP) units. Chloramine, which is typically dosed in the RO process, helps to control biofouling of the membranes. However, chloramine is a precursor to the formation of disinfection byproducts such as NDMA — a dangerous organic contaminant and a suspected carcinogen.

The presence of chloramine not only increases the risk of membrane oxidation in the case of overdose, but it also acts as a free-radical scavenger, is more energy-intensive, and requires larger treatment systems that demand higher CAPEX and OPEX.

To overcome this problem, solutions such as Pulse Flow Reverse Osmosis (PFRO™) enable a completely chloramine-free water reuse process. As opposed to standard RO systems that operate under continuous hydraulic and osmotic conditions, PFRO utilizes alternating hydraulic conditions, switching between dead-end production mode and flushing mode, during which brine is flushed out at high velocity.

The constantly changing hydraulic conditions make it very hard for microorganisms to sustain themselves, thereby reducing the risk of biofouling and scaling. This allows the system to operate at very high flux rates (50 percent higher than normal), eliminating the risk of rapid increase in biofouling and resulting in overall CAPEX savings of about 20 percent.

Our ground- and surface-water supplies are at risk of overuse around the world, and it’s only a matter of time before demand will surpass water supplied by rain, rivers, lakes, and reservoirs. Because of that, water conservation and reuse are gaining acceptance as sustainable, feasible, and practical methods for alleviating industrial and municipal water demand and ensuring water resilience for generations to come.

Lior Eshed graduated from Technion - Israel Institute of Technology, with BSc and MSc degrees in environmental engineering. He started at IDE Technologies in 2015 as a process engineer and was soon promoted to team leader and member of the R&D team, where he focuses primarily on advanced reuse technologies. Previously, Lior was an R&D manager at Emefcy (now Fluence), a startup company that develops membrane aerated biofilm reactors and microbial fuel cells. Currently, Lior is in charge of new product development at IDE and is an inventor of various patents in the field of water treatment.