Amid the Urgency to Make Wastewater Potable, Process is Key in Determining Public Safety

With climate change’s undeniability comes not only increasing water shortages, but longer periods of drought. As policymakers look urgently to wastewater recycling to stem the gap in water resources, the question is not whether or not reuse is necessary—it is—but how best to approach it. New and emerging contaminants like antibiotic resistant genes (ARGs) pose a potential hazard to public safety and water security. Among adverse health implications that could emerge from the spread of ARGs through the water system is an increase in development of antibiotic-resistant super bugs—bugs we do not currently have medicine to treat.

It is for this reason that Adam Smith, Assistant Professor in the Sonny Astani Department of Civil and Environmental Engineering, and a team of researchers including USC Viterbi Ph.D. students Phillip Wang and Ali Zarei-Baygi, studied and compared samples from an advanced groundwater treatment facility in Southern California and groundwater aquifers to detect differences in ARG concentrations. Through their research, published in Environmental Science & Technology Letters this month, they found that the advanced groundwater treatment facility reduced nearly all targeted ARGs to below detection limits, while in groundwater samples, they found a ubiquitous presence of ARGs in both control locations and locations recharged with water from the advanced water treatment facility. Results suggested that while historically, indirect reuse treatment methods that use an environmental barrier as a step in the water cleaning process were considered more reliable, direct reuse approaches that do not introduce an environmental buffer may be superior in producing a safe, pure water supply for potability. The reason for this lies in the way ARGs in the environment can contaminate potable reuse water.

How ARGs Spread through Water Treatment Systems
While some ARGs are naturally occurring in microbial communities, antibiotics, ARGs and antibiotic resistant pathogens are on the rise in water sources as a result of the overuse of antibiotics in general. In a typical water treatment cycle, wastewater is treated first at a wastewater treatment facility. The study found that this water remains high in ARGs, as they persist throughout the treatment process. From here, water intended for potable reuse is further purified using advanced physical and chemical techniques including reverse osmosis—a process that uses a partially permeable membrane to purify drinking water. 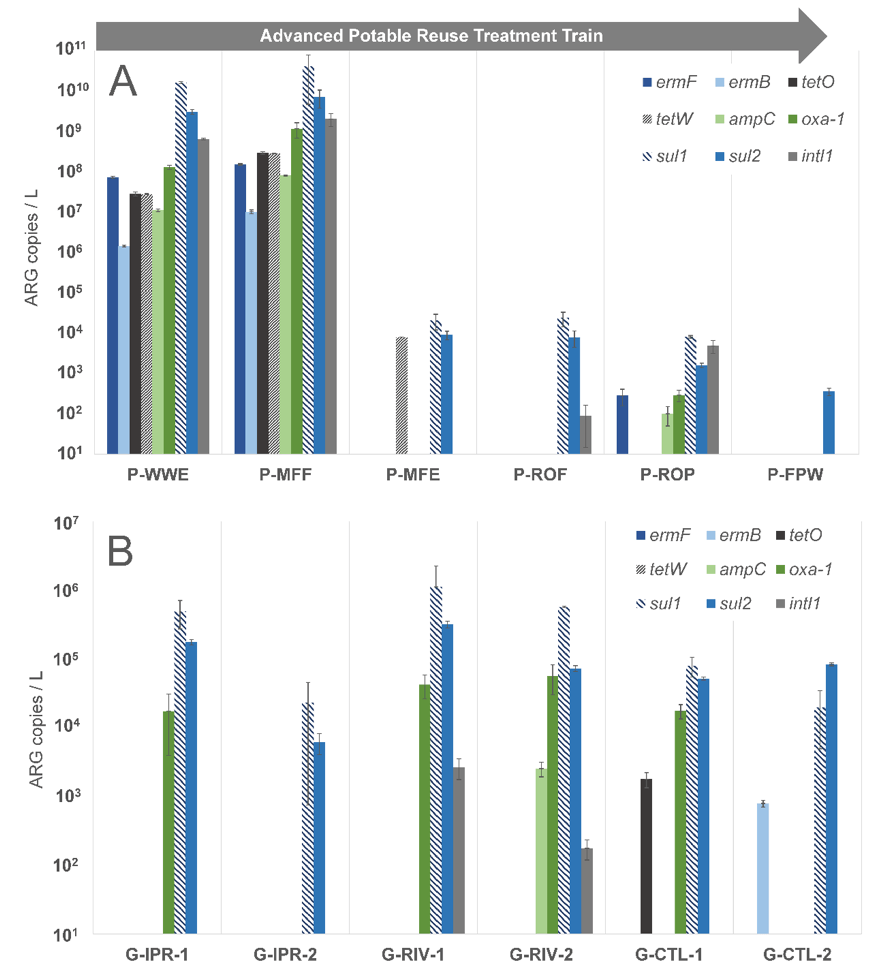 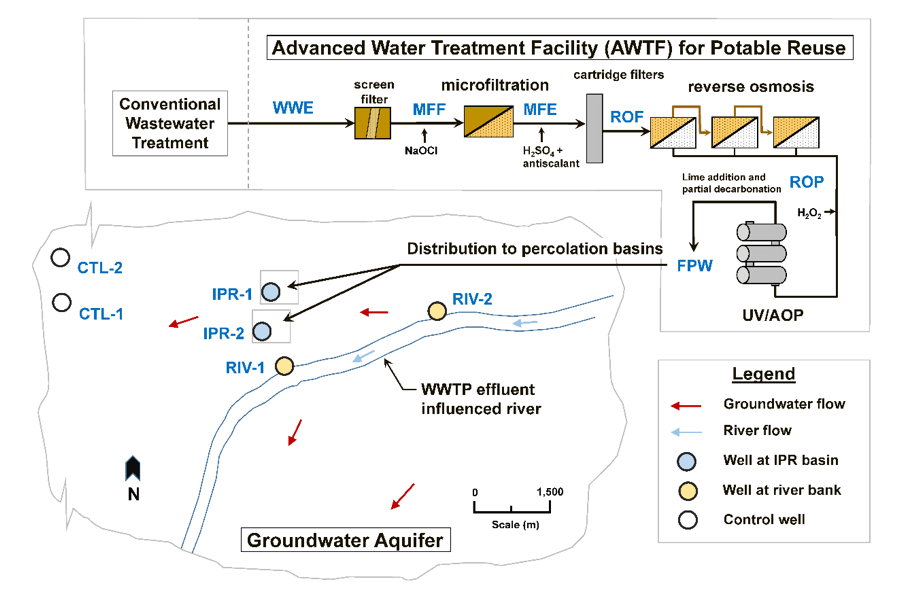 Looking at the differences in ARGs between various water sources is incredibly important in considering future health hazards, like development of super bugs. Since wastewater treatment plants are not generally designed for removal of micropollutants like antibiotics, they tend to persist in treatment systems, leading to high densities of ARG resistant bacteria at different stages of treatment. When this water is introduced into an aquifer, where ARGs are already naturally occurring, it can become contaminated with ARGs and antibiotic resistant bacteria. To further complicate the issue, ARGs are easily transferred through horizontal gene transfer, increasing the risk for antibiotic resistant pathogens.

“ARGs are not regulated in any way and are a challenging emerging contaminant of concern due to our reliance on biological treatment in the engineered water cycle,” Smith said. “Because they are biological contaminants—small fragments of DNA that are released to the environment—bacteria present in receiving environments can uptake them, becoming resistant themselves, and further perpetuating the spread of resistance.”

Wastewater reuse is the prevailing option for dealing with a mounting pressure on global water supply and might be preferable to options like desalination, which is expensive and energy inefficient by comparison. However, the danger of spreading antibiotic resistance is one that should inform which methodologies gain more traction and investment as we look ahead. Eliminating unknowns that persist in the environmental water buffers could be one way to ensure water that reaches our taps is clean of ARGs and other harmful contaminants.

“Lessening the global spread of antibiotic resistance will require an interdisciplinary approach that spans environmental and clinical systems. We must act fast before we enter a so called ‘post-antibiotic world’ where bacterial infections become impossible to treat,” Smith said.