Research Into "Plumbing Poverty" Underscores Systemic Issues In The U.S. 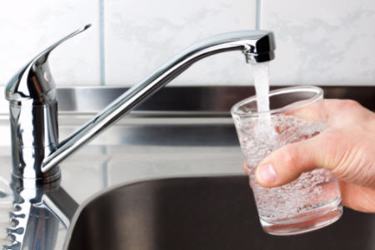 The U.S. maintains one of the world’s most advanced national water systems, with innovative and sophisticated treatment systems serving millions of people. But a new study has revealed that a shocking number of residents, even in one of the world’s richest countries, lack access to that basic service.

The research, published by the Proceedings of the National Academy of Sciences of the United States of America (PNAS), found that roughly 417,000 households throughout the U.S. do not have any access to indoor plumbing. Perhaps even more surprisingly, a high proportion of these are located in urban centers with longstanding water grids, as opposed to rural areas that are more isolated from central utilities.

“Nearly three-fourths of the estimated 1.1 million people in the United States without access to a piped water connection are located in cities, according to the study, which identified areas with high concentrations of ‘plumbing poverty,’” The Hill reported in recent coverage of the study. “These include the urbanized corridor along the Eastern/Mid-Atlantic seaboard, the upper Midwest and Rust Belt, greater Appalachia, south-central Florida, Texas, the lower Mississippi Delta/Louisiana Bayou, the Four Corners region .... most of Alaska, as well as major West Coast cities.”

What may be unfortunately unsurprising is the fact that this lack of household drinking water service disproportionately affects the country’s most vulnerable populations. The study found that people of color are 35 percent more likely to lack piped water compared to white and non-Hispanic households.

Running water is a critical service and many would argue a basic human right. It’s particularly concerning that so many Americans lack it as the spread of the novel coronavirus necessitates a focus on hygiene.

“Plumbing poverty is also a public health issue,” per The Hill. “In a global pandemic with few weapons available to protect against infection, the ability to wash your hands and sanitize regularly can be the difference between life and death… And it’s not getting better according to the study’s model, which predicted that plumbing poverty will stagnate or become even worse in cities across the country.”

It’s possible that the study, which revealed that household water access is directly correlated to larger societal factors, will alter our thinking about how running water reaches American citizens (or doesn’t). With this research in hand, perhaps our water systems can begin to rethink how they ensure this access.

“Our results develop an alternative conceptual paradigm — the housing-water nexus — that theorizes gaps in urban water access as a product of structure inequality, as neither random nore accidental but social and systemic in nature,” the researchers wrote, per CNN.