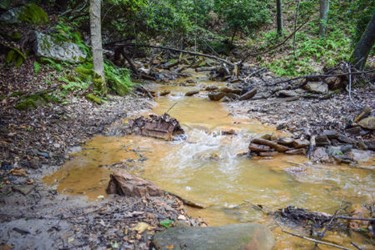 What once appeared to be a regulatory blow to source water advocates and drinking water treatment plants in Pennsylvania may soon turn into a win. The state’s regulators are expected to propose stricter limits on manganese levels released into waterways as an unexpected consequence of a two-year-old law meant to loosen those requirements for coal mining operations.

“Coal companies had sought the change to reduce their wastewater treatment costs, but drinking water suppliers complained that they would be forced to make expensive upgrades at their downstream treatment plants — with their customers paying the bill,” according to the Pittsburgh Post-Gazette. “The law change gave state regulators new urgency to review recent studies suggesting that manganese in levels below Pennsylvania’s current stream standard can be damaging to newborns and children, possibly impairing cognitive function, memory, motor skills and behavior.”

The results of those studies have compelled state regulators to propose stricter manganese discharge limits of 0.3 milligrams per liter (mg/L). This would be dramatically lower than the 1 mg/L limit that was in place before coal companies ever advocated for a change, which they argued was needed as Pennsylvania’s limit was stricter than those of other coal-producing states.

The U.S. EPA has set its coal mining operation total manganese effluent limit at 4 mg/L per day and a 2 mg/L average daily value for 30 consecutive days.

In reviewing its state’s limits on manganese effluent, the Pennsylvania Department of Environmental Protection reviewed 78 studies on the contaminant before determining the need for a stricter standard.

“The proposal provides some relief for drinking water suppliers who said shifting the compliance point for the current standard to water intakes without any added protections could have added tens of millions of dollars to the cost of water treatment statewide,” per the Post-Gazette. “Pennsylvania American Water estimated last year that upgrades at its affected plants could cost $40 million to $60 million while annual chemical and monitoring costs could increase by between $700,000 and $1.4 million.”

Pennsylvania’s public water systems have a 0.05 mg/L limit on manganese in treated drinking water and that is in line with most standards around the country.

The proposed stricter limits are expected to be presented to the state’s Environmental Quality Board before the end of 2019. They will then be published for an open period of public comment.