For all the expert and vital work done in the water, wastewater, and stormwater industries, it generally doesn’t make great party conversation. Unfortunately, the efforts are so taken for granted that they go largely unnoticed by the general public. So how is it that a YouTube video about a pump station garners nearly million views and counting?

The irony is that the point of this particular pump station is to go unnoticed. Instead, it has gone “viral.” Click below to see what the buzz is about.

The intrigue likely stems from the perceived attempt at subterfuge — the idea that top secret information is being housed (pardon the pun) behind the domestic facade. In reality, the structure functions as an ordinary booster station for potable water, albeit a cleverly designed, neighborhood-friendly one. It’s a story that seems to be trending — and not just on the Internet.

(Pump) Housing Market On The Rise

Since discovering “The House On Wade Avenue,” which has actually been in existence since the late ‘70s, I’ve noticed some even more impressive (that is, less noticeable) pump station “houses.” Who would suspect that the bungalow pictured below is a stormwater pump station? 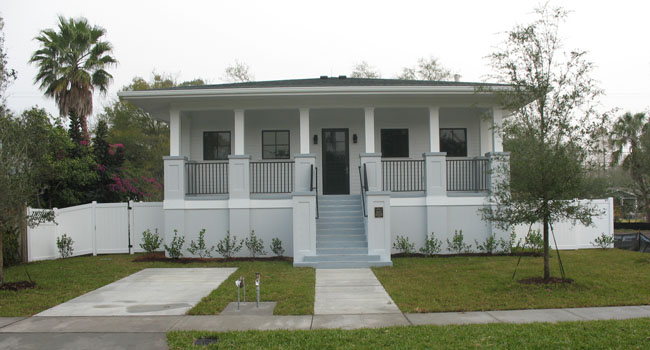 The Alline Avenue pump station in Tampa, FL, was built out of necessity, particularly to remedy street flooding, but it represents the city’s first attempt to have infrastructure blend in with residential surroundings. The ribbon was cut on the $4.8-million, 35-MGD facility in January 2013, and it has since won the “Award of Outstanding Contribution to the Community” from the Hillsborough Planning Commission (it was the nearby Hillsborough Bay that would routinely flood the area).

As unsightly as a typical pump station is — a glut of metal blocks and pipes — the sewage pump station has to be the most unwelcome of neighbors (for obvious reasons). The Locust Valley Pump Station, however, has true curbside appeal: 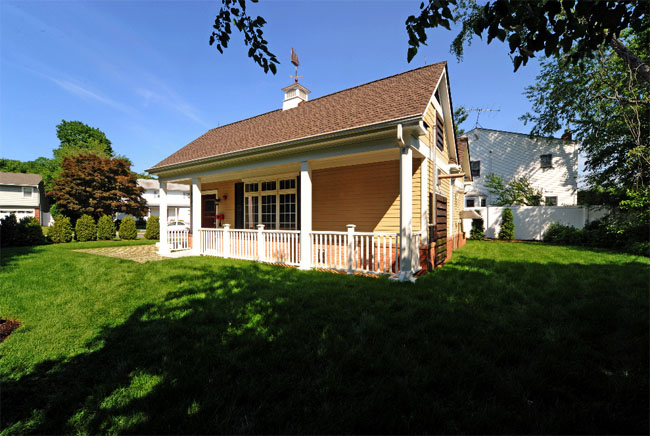 …a far cry from the utilitarian interior: 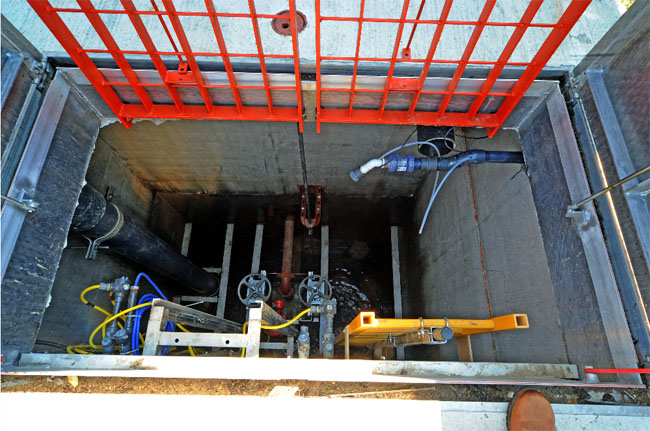 H2M architects + engineers provided the Nassau County (NY) Department of Public Works with the above-pictured 52,000-GPD lift station as a means of residential wastewater conveyance to the local treatment plant. Nestled neatly among the 60 homes it serves, it has the capacity to accommodate 120 more. While the aesthetic benefit is immediately apparent, the project has very real environmental and water-quality benefits as well, namely the elimination of septic-system and chlorine discharge to surrounding waters.

For the most part, the effort made to camouflage pump stations as homes is simply a courtesy to the surrounding neighborhood. It provides visual appeal and noise reduction, but there is also a more subtle benefit — that of improving community relations and creating a more positive “feel” toward the service provider. It’s up to individual municipalities to determine whether those somewhat intangible outcomes are worth the extra investment for faux housing.

What do you think? Is this a practice you have undertaken or considered? Why or why not? Please share your thoughts below…