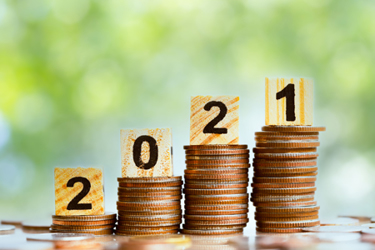 Industry leaders throughout America are sounding alarms about the dire state of water infrastructure in the U.S. A new report warns that too many public officials are ignoring repercussions that can be anticipated because of under-investing in drinking water resources and wastewater systems each year. That pattern has persisted far too long, and the result of inattention to a critical resource poses a significant risk and literally assures greatly increased future costs.

Annual expenses in American households are already increasing, and water and wastewater failures could increase costs by more than seven times over the next two decades. Businesses that depend on an abundance of water are in the highest risk category until something changes.

Currently, there are about 300,000 waterline breaks every year. That’s the equivalent of a break in a water line every two minutes. In 2019, costs of approximately $21.7 million were incurred through treated water losses because of pipeline leaks. Without an immediate focus on water infrastructure, repair costs could escalate by at least another $48 million by 2039. To further clarify potential future costs, water resources of businesses that rely on water availability could represent a cumulative annual spend of $250 billion by 2039.

Some parts of the country, however, are focusing on water problems. As these governmental entities work to repair, upgrade, and expand water infrastructure regionally, thousands of contracting opportunities are emerging.

Over the next four years, Sarasota County plans to spend $500 million on utility improvements. The county’s largest wastewater plant, Bee Ridge Water Reclamation Facility, will be upgraded to advanced wastewater treatment standards. Design plans for the facility’s expansion are being finalized. The county also will update its reuse and water systems. Work is scheduled to begin early in 2021 on a number of projects related to water infrastructure.

The Rainbow Municipal Water District has announced it will spend $3.4 million in the spring of 2021 on a transmission pipeline expansion. Additionally, the water district will spend another $1 million to replace or rehabilitate approximately 1,600 feet of pipelines. In 2023, the water district has budgeted $1.3 million on district-wide upgrades to SCADA and communications equipment. Construction of a new headquarters facility also is included in the plans.

The North Texas Municipal Water District budget for 2020-2021 has a planned spending total of $570.2 million. Projects outlined in the document include $16 million to $25 million for meter vault improvements and various types of new equipment. An additional $26 million to $50 million will be spent on construction of a pump station and a ground storage tank. Another $50 million is budgeted for the phased transition of four water treatment plants.

The Southern Nevada Water Authority in November adopted projects with anticipated costs of more than $3 billion. Almost $1.6 billion is allocated for a new pipeline that will stretch 24 miles, two new pumping stations, and other projects. Additionally, other planned projects include new options for transporting wastewater.

In its current budget, the Portland Water District has a four-year capital plan that includes a $750,000 update of its Comprehensive Infrastructure Asset Management Plan, and an Asset Management Plan for all water and wastewater critical assets. In future years, construction of a 7-million-gallon reservoir at a cost of $6.6 million is planned, and approximately $3.6 million will be spent on transmission mains, pumps, and another water tank. Approximately $7 million each year is earmarked for upgrades and renewals of various parts of the system.

The City of Winston-Salem will begin work on the planning, design, and construction of a $15 million wastewater treatment plant and a nutrient removal upgrade. These improvements are necessary for compliance with effluent nutrient limits implemented by the North Carolina Department of Environmental Quality.

The City of Rio Rancho is in the planning stage of a three-phase improvement project on Well Site 9, which serves as a reservoir and arsenic-removal facility. Enhancements include adding a security fence, drilling and equipping a new well, constructing a 3-million-gallon steel reservoir tank, developing an arsenic-treatment facility, and laying new waterlines.

Water resources are one of the greatest public assets the country has, and water is a critical component of every aspect of economic prosperity. With current rates of underinvestment, the U.S. would experience a cumulative $2.9 trillion decline in the gross domestic product by 2039.

Hopefully, this is the year Congress will pass an overdue infrastructure bill; and if that happens, there will be many more contracting opportunities related to water infrastructure.

Mary Scott Nabers is a recognized expert regarding P3s and is the author of “Collaboration Nation: How Public-Private Ventures Are Revolutionizing the Business of Government” and her most recent book, “Inside the Infrastructure Revolution – A Roadmap for Rebuilding America.” She is active on the professional speaking circuit and is a keynote speaker at both business conferences and government executive conferences. Her articles have been published by media outlets including Forbes, CNBC.com, Infrastructure USA, Born2Invest, and The Hill, as well as other blogs and publications.